In an alert, the UN sexual and reproductive health agency, UNFPA, said that it was aware of “gross violations”, including gender-based violence in the war-torn north.

“The situation of women and adolescent girls in Tigray and border areas of Amhara and Afar remains dire”, said UNFPA Executive Director Natalia Kanem. “We see alarming levels of sexual violence, and thousands of women lack access to health and protection services.”

In a related development, the Office of the High Commissioner for refugee agency (UNHCR) condemned the reported abduction of “at least several hundred” youths from camps for displaced people in Tigray earlier this week.

This echoed prior comments by the UN Humanitarian Coordinator in Ethiopia, Catherine Sozi, who condemned the reported arbitrary arrests, beatings and ill-treatment by soldiers of more than 200 people during night-time military raids on internal displacement camps in the region on Monday.

Ms. Sozi noted that the affected sites of Tsehaye and Adi Wonfito in Shire town were home to 12,000 internally displaced persons in total.

“The situation is traumatic and distressing, not only for the relatives of the missing, but for all the displaced communities residing in Shire”, UNHCR spokesperson Babar Baloch told journalists in Geneva, adding that the agency was in contact with the Ethiopian authorities on the issue. “It is crucial that all parties to the conflict recognize the civilian and humanitarian character of these sites hosting displaced people”.

Some parts of the war-torn region have remained accessible but overall, “grave” needs are outstripping capacity, with most rural areas “cut from communications and electricity”, according to the Office for the Coordination of Humanitarian Affairs (OCHA).

The Central Area – which is the most populated, with some 1.8 million people –remains largely inaccessible, Ms. Sozi’s team noted.

If nothing is done to improve aid access immediately, UN humanitarians believe that there is a high risk of mass severe acute malnutrition looming in the next few months.

Characterizing the situation as “complex and unpredictable”, OCHA said that civilians, who continue to bear the brunt of the conflict, have been forced to move to towns including Shire, Axum and Adwa.

“The main road between Adigrat and Axum was blocked from 10 to 22 April due to hostilities, impacting several humanitarian convoys, including emergency food aid, as well as the provision of medical supplies to Axum and Adwa Hospitals”, the UN humanitarian body reported.

In her appeal for the immediate release of those arbitrarily arrested from Shire’s displacement camps, Ms. Sozi said that serious violations of international humanitarian and human rights law must be promptly investigated and the perpetrators brought to justice.
“We, along with our partners, are ready to engage with military commanders to ensure the protection of civilians”, the Humanitarian Coordinator said on Thursday.

KINSHASA -  Lava from a volcanic eruption in DR Congo has destroyed homes on the outskirts of Goma but the city of two million has been mostly spared after thousands fled in the night.

Residents said there was little warning before the dark sky turned a fiery red, leading to fears that the eruption of Mount Nyiragongo could cause the same kind of devastation as the last time in 2002 when hundreds died.

There was no official word on deaths or injuries amid the scramble to flee the city late on Saturday.

The UN peacekeeping mission said that it did not appear the lava was flowing towards Goma based on reconnaissance flights but untold thousands still set off in search of safety.

Some boarded boats on to Lake Kivu while others attempted to reach Mount Goma, the highest point in the area. At least 3,000 fled across the nearby border into Rwanda.

On Sunday, residents ventured out to assess the damage after a night of panic. Smoke rose from smouldering heaps of lava in the Buhene area near the city.

“We have seen the loss of almost an entire neighbourhood,” said Innocent Bahala Shamavu. “All the houses in Buhene neighbourhood were burned and that’s why we are asking all the provincial authorities and authorities at the national level as well as all the partners, all the people of good faith in the world, to come to the aid of this population.”

Elsewhere, witnesses said lava had engulfed a highway connecting Goma with the city of Beni. However, the airport appeared to be spared the same fate as 2002 when lava flowed on to the runways.

Goma is a regional hub for many humanitarian agencies in the region, as well as the UN peacekeeping mission known as MONUSCO.

While Goma is home to many UN peacekeepers and aid workers, much of surrounding eastern DR Congo is under threat from a myriad of armed groups vying for control of the region’s mineral resources.

LONDON - The ground of the Tigrayan village is soaked with blood and dozens of bodies lie strewn in the grass, according to a report by the British daily The Telegraph.

Groans can be heard from a seriously wounded man squirming on the floor between two corpses.

Chatting as they wander through the aftermath of what appears to be a mass execution of civilians in the Tigray region, soldiers laugh and joke among themselves.

Off to one side they spot a young man who seems to have survived by pretending to be dead.

“You should have finished off the survivors,” the cameraman says in Amharic, Ethiopia’s lingua franca, in an apparent rebuke of the perpetrators of the massacre.

These are scenes from a video clip obtained exclusively by The Telegraph showing the first evidence of what appears to be a war crime carried out by the Ethiopian army. Around 40 bodies in civilian clothes can be seen in the four-minute clip.

Ethiopian and Eritrean forces have for months been battling troops loyal to the former Tigrayan regional government in a war that has left thousands dead and millions on the brink of starvation.

The Ethiopian federal government has imposed a mass communications black-out in Tigray, meaning little is known about the conflict and making it hard to verify a flood of accounts of war crimes from survivors.

The video footage seen by The Telegraph, which is too graphic to publish, has circulated online in shorter form among local journalists and bloggers - deemed rare proof of the alleged brutality of Addis Ababa’s forces.

The Telegraph was able to geolocate the video to Debre Abay monastery in central Tigray - about 175 miles west of Tigray’s capital, Mekele. It has also confirmed that the clip has not been doctored.

Although the timing of the apparent massacre was not possible to ascertain, a pro-Tigrayan blog reported Ethiopian soldiers had killed 100 civilians at the same monastery on January 5.

Experts who were sent the footage called on the Ethiopian government to launch an immediate investigation.

“This is disturbing footage to watch and I would expect the Federal Government to allow the Ethiopian Human Rights Commission full access to establish the facts and to ensure that there is proper accountability for these killings" said Dr Alex Vines, Africa Director at Chatham House.

Ethiopia’s state-run Human Rights Commission (EHRC) confirmed to The Telegraph that they were examining the shorter clip of the massacre that has circulated online.

The video emerged after The Telegraph published dozens of Tigrayan refugees’ accounts of killings, artillery bombardment and looting in Tigray in November.

For the video and more information, visit: https://www.telegraph.co.uk/news/2021/02/19/should-have-finished-survivors-ethiopian-army-implicated-brutal/?WT.mc_id=e_DM1339119&WT.tsrc=email&etype=Edi_FPM_New_ES&utmsource=email&utm_medium=Edi_FPM_New_ES20210219&utm_campaign=DM1339119

Death toll rises after eruption of volcano on Java island

JAKARTA - The death toll following the eruption of the highest volcano on Indonesia’s most densely populated island of Java has risen to 14, with seven people still missing, officials said as smouldering debris and thick mud hampered search efforts.

Mount Semeru in Lumajang district in East Java province spewed thick columns of ash more than 12,000 metres (40,000 feet) into the sky, and searing gas and lava flowed down its slopes after a sudden eruption on Saturday triggered by heavy rains.

A thunderstorm and days of rain, which eroded and finally collapsed the lava dome atop the 3,676-metre (12,060-foot) Semeru, triggered the eruption, said Eko Budi Lelono, who heads the geological survey centre.

He said flows of searing gas and lava travelled up to 800 metres (2,624 feet) to a nearby river at least twice on Saturday.

People were advised to stay 3.1 miles from the crater’s mouth, the agency said.

Several hundred people were moved to temporary shelters or left for other safe areas, he said, adding that a power blackout hampered the evacuation.

The debris and lava mixed with rainfall formed thick mud that destroyed the main bridge connecting Lumajang and the neighbouring district of Malang, as well as a smaller bridge, Mr Haq said.

Despite an increase in activity since Wednesday, Semeru’s alert status had remained at the third highest of four levels since it began erupting last year, and Indonesia’s Volcanology Centre for Geological Hazard Mitigation did not raise it this week, Mr Lelono said.

He said rescuers were still searching for seven residents and sand miners along a river in Curah Kobokan village who were reported missing.

Entire houses in the village were damaged by volcanic debris and more than 900 people fled to temporary government shelters, Mr Muhari said.

Liswanto, the head of Semeru’s monitoring post, said his office had informed the community and the miners that hot ash could tumble down from Semeru’s crater at any time, after sensors picked up increased activity in the past week.

But some residents who fled to a government shelter near Lumajang district’s head office said authorities did not convey any information to them about the volcano’s activities.

“Suddenly everything went dark, the bright afternoon turned into night. A rumbling sound and heat forced us to run to the mosque,” said Fatmah, a resident who fled to the shelter from Curah Kobokan, about three miles from the crater.

“It was a far stronger eruption than in January.”

Transport ministry spokesperson Adita Irawati said her office issued a notice Saturday for all airlines to avoid routes near the volcano.

She said flight operations are still running as scheduled and that authorities will continue to monitor the situation.

The Darwin Volcanic Ash Advisory Centre said the spread of volcanic ash from Mount Semeru was detected to the southwest moving at a speed of 50 knots.

The last time Semeru erupted, in January, there were no casualties.

Indonesia, an archipelago of more than 270 million people, is prone to earthquakes and volcanic activity because it sits along the Pacific Ring of Fire, a horseshoe-shaped series of fault lines. 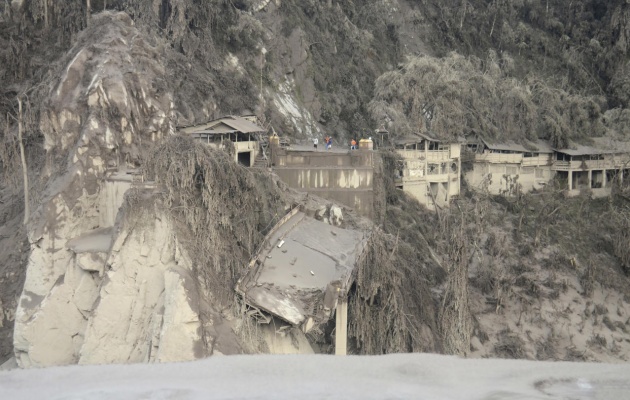 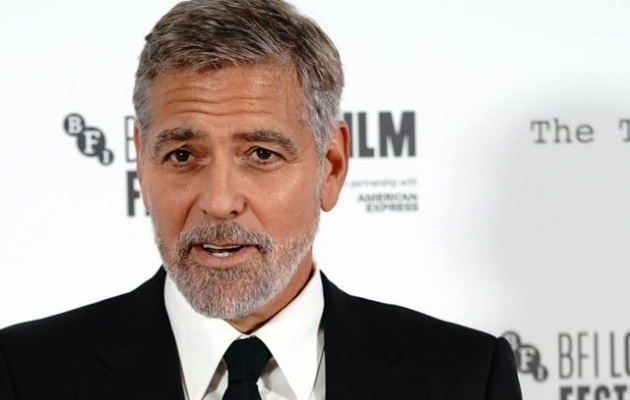 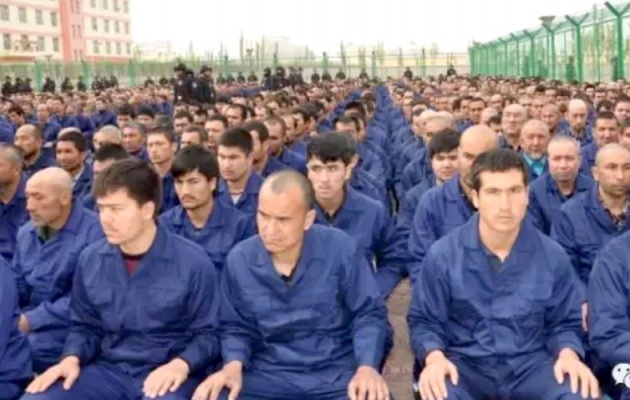 Arrested development and poverty take a … 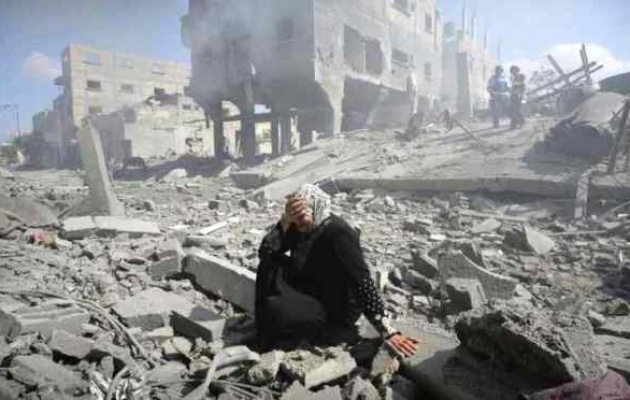 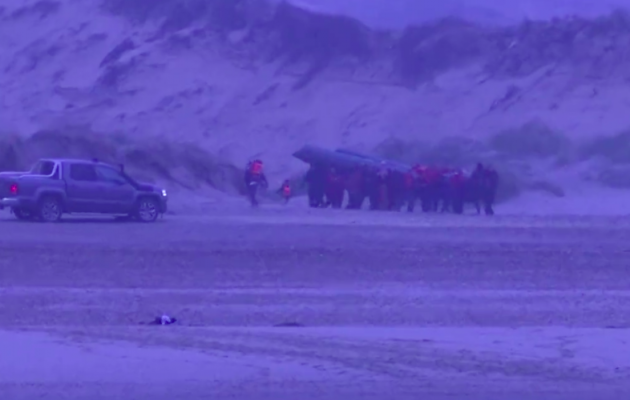 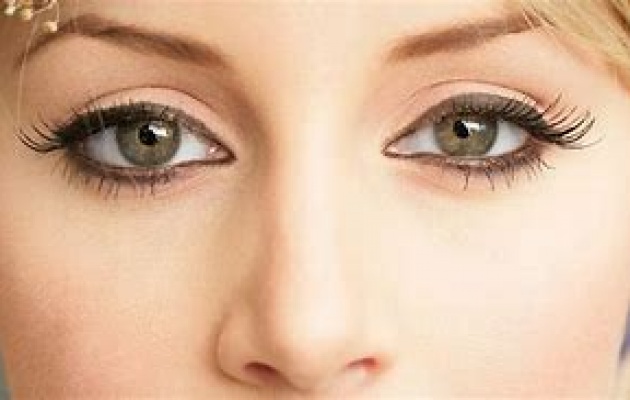 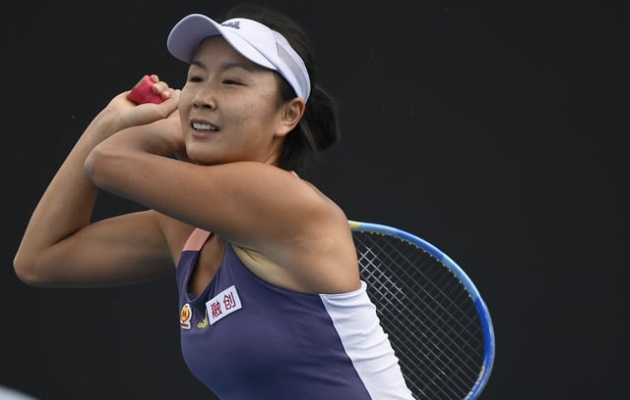 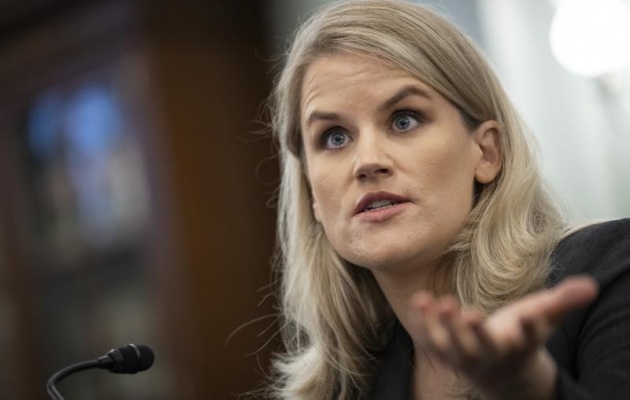 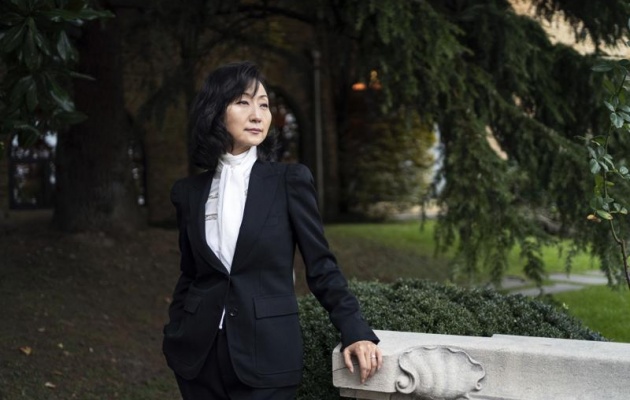 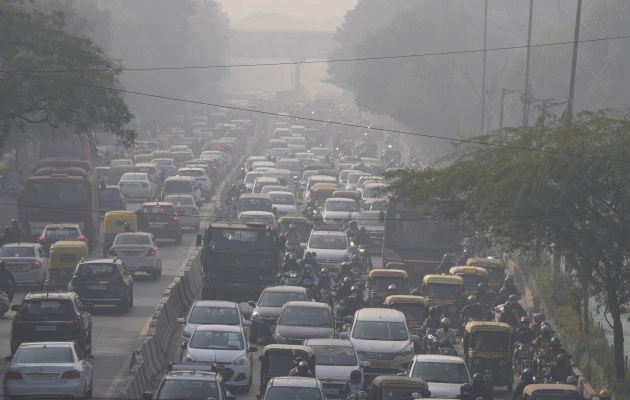 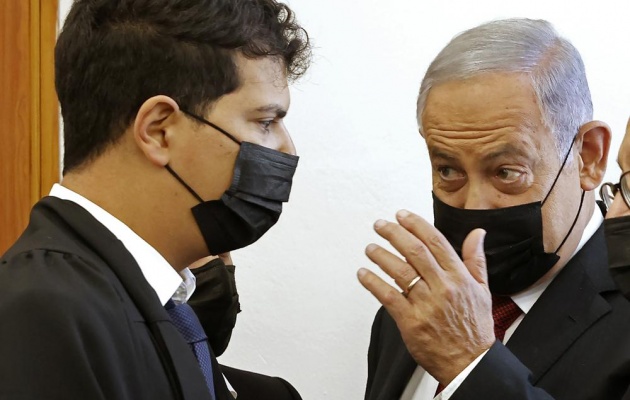 Biden, Xi try to tamp down tension in lo … 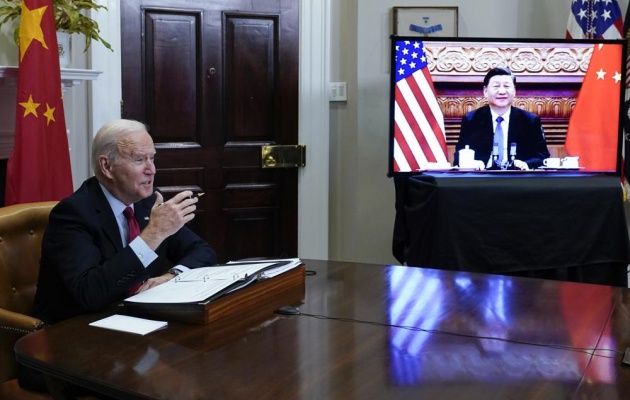 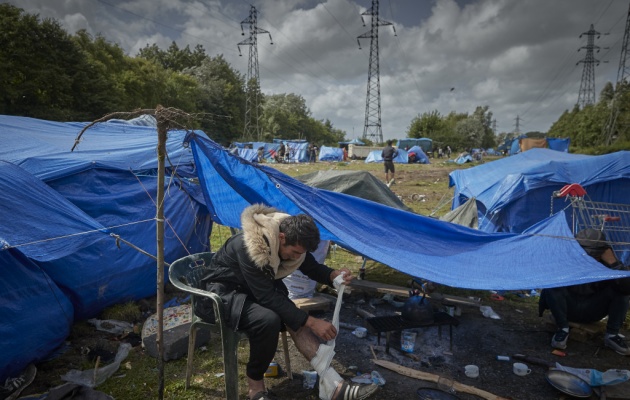 UK Foreign Secretary calls on Putin to i … 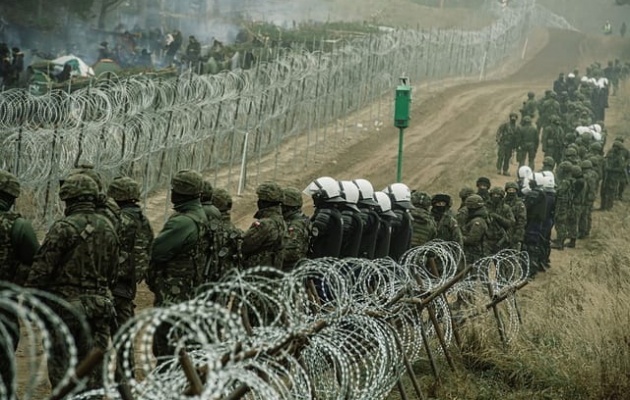 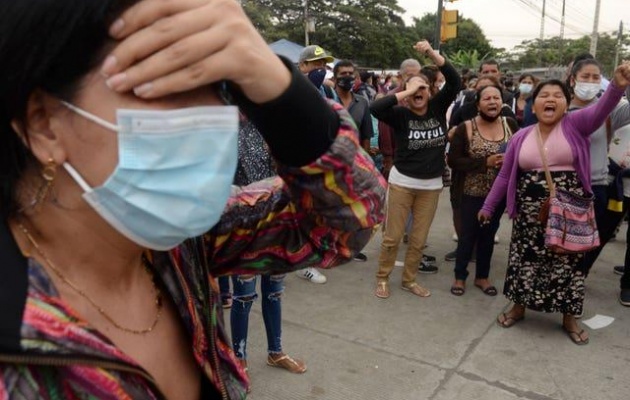 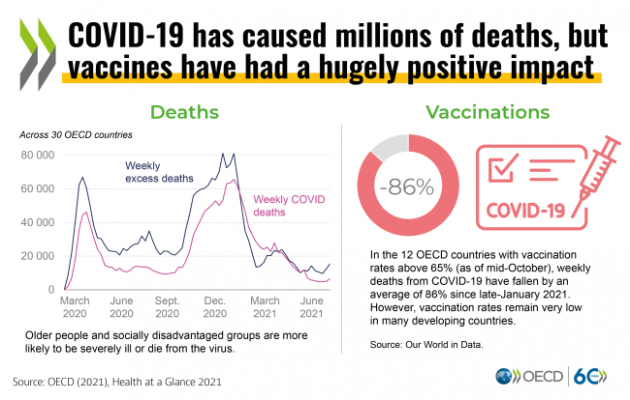 Myanmar court sentences US journalist to … 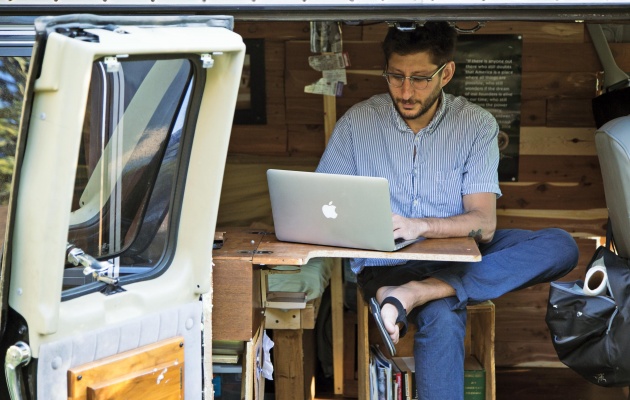 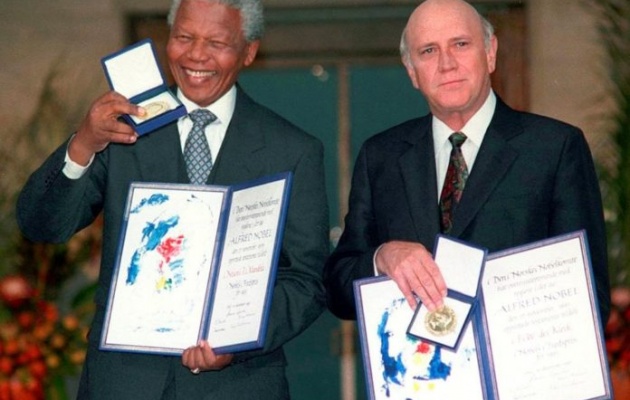 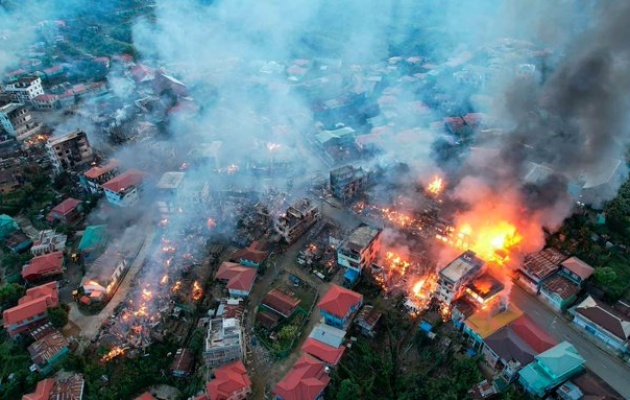 'They want us to be extinct': Uyghurs sp … 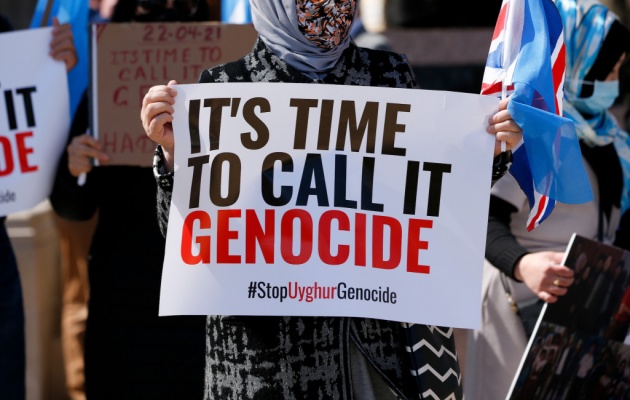 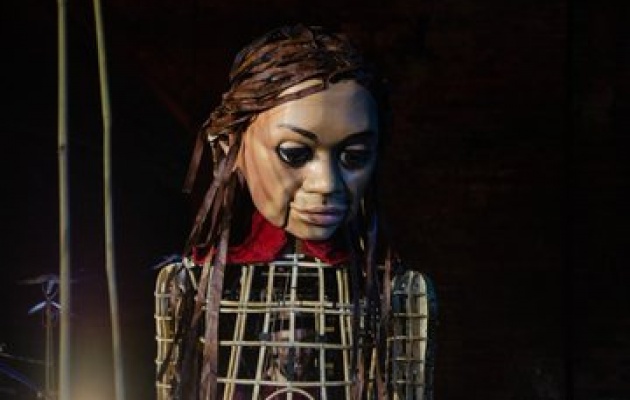 Sudan braces for fresh protests against …

Heartbreaking photo of Syrian father and …

Death toll rises after eruption of volcano on Java island

US, EU voice concern over China's 'unilateral' actions at sea

DRC-Uganda: Civilians must be protected during joint military operations

Violence in Cameroon, impacting over 700,000 children shut out of school

Ethiopian army recaptures Lalibela, 8 other towns in counteroffensive against TPLF

Apple files lawsuit against NSO Group as US citizens were targets

US Republicans accused of Islamophobia

Some fear China could win from US spat with Marshall Islands

'I've been spat at.' The terrifying reality for Muslim women in Australia

UN chief calls for Sudan to respect freedom of the press

Tel Aviv ‘world’s most expensive city to live in’