PARIS - France moves closer to barring Muslim women from playing sports in a major setback for human rights in the country, writes TRTWorld.

"This measure aims to suppress all forms of Muslim subjectivity regarding faith and worship, culture and political expression," says Maria De Cartena, a human rights defender in France. In a rare move, the controversial decision was opposed by Emmanuel Macron's government, which has presided over some of the restrictive clampdowns on Muslims in recent years.

Approved by 160 votes to 143 in the upper house of parliament on Tuesday, the decision is a demonstration that Islamophobia is institutionalised," added De Cartena, speaking to TRT World.

The French government voted against the amendment. France already triggered outrage since an amendment last year to the controversial "separatism bill" that banned girls under the age of 18 from wearing hijab in public spaces.

The bill titled "Strengthening the respect of the principles of the Republic” drew criticism on social media and saw the beginning of the “hands off my hijab” campaign.

The French football federation already bans women from wearing the hijab in official matches, and headscarves are prohibited in schools and government buildings.

Kazakh president: Forces can shoot to kill to quell unrest

MOSCOW — Kazakhstan’s president authorized security forces on Friday to shoot to kill those participating in unrest who he called “terrorists,” opening the door for a dramatic escalation in a crackdown on anti-government protests that have turned violent.

The Central Asian nation this week experienced its worst street protests since gaining independence from the Soviet Union three decades ago, and dozens have been killed in the unrest. The demonstrations began over a near-doubling of prices for a type of vehicle fuel but quickly spread across the country, reflecting wider discontent with authoritarian rule.

In a televised address to the nation, President Kassym-Jomart Tokayev used harsh rhetoric, referring to those involved in the turmoil as “terrorists,” “bandits” and “militants” — though it is unclear how peaceful protests gathered steam and then descended into violence.

“I have given the order to law enforcement and the army to shoot to kill without warning,” Tokayev said. “Those who don’t surrender will be eliminated.”

He also blasted calls for talks with the protesters made by some countries as “nonsense.” “What negotiations can be held with criminals, murderers?” Tokayev asked.

Kazakhstan’s Interior Ministry reported Friday that security forces have killed 26 protesters during the unrest, which escalated sharply on Wednesday. Another 18 were wounded and more than 3,000 people have been detained. A total of 18 law enforcement officers were reported killed, and over 700 injured.

The numbers could not be independently verified, and it was not clear if more people may have died in the melee as the protests turned extremely violent, with people storming government buildings and setting them ablaze.

More skirmishes in Almaty were reported on Friday morning. Russia’s state news agency Tass reported that the building occupied by the Kazakh branch of the Mir broadcaster, funded by several former Soviet states, was on fire.

But the Almaty airport — stormed and seized earlier by the protesters — was back under the control of Kazakh law enforcement and CSTO forces, Russian Defense Ministry spokesman Maj. Gen. Igor Konashenkov said Friday. The airport will remain shut until Friday evening, local TV station Khabar 24 reported, citing the airport’s spokespeople.

Tokayev indicated on Friday morning that some measure of calm had been restored, saying “local authorities are in control of the situation.” Still, he added said that “counterterrorist actions” should continue.

Tokayev has vacillated between trying to mollify the protesters — including issuing a 180-day price cap on vehicle fuel and a moratorium on utility rate increases — and promising harsh measures to quell the unrest.

Worries that a broader crackdown could be on the horizon grew after Tokayev called on the CSTO for help. The operation is its first military action, an indication that Kazakhstan’s neighbors, particularly Russia, are concerned that the unrest could spread.

Kazakh officials have insisted that troops from the CSTO alliance, which includes several former Soviet republics, will not be fighting the demonstrators, and instead will take on guarding government institutions. It wasn’t immediately clear whether the foreign troops deployed thus far were at all involved in suppressing the unrest.

In his address to the nation, Tokayev repeated his allegations that “foreign actors” along with “independent media” helped incite the turmoil.

He offered no evidence for those claims, but such rhetoric has often been used by former Soviet nations, most prominently Russia and Belarus, which sought to suppress mass anti-government demonstrations in recent years.

Kazakh media cited foreign ministry officials as saying that a total of 2,500 troops from CSTO nations have arrived to Kazakhstan, and all of them were deployed to Almaty.

In other parts of the country life started to return to normal. In the capital, Nur-Sultan, access to the internet has been partially restored, and train traffic has been resumed across Kazakhstan.

Tokayev said in his address to the nation that he decided to restore internet access in certain regions of the country “for certain time intervals,” without going into details where exactly the internet will be restored, where, or for how long.

LONDON -  Prince William and Prince Harry will attend a small event to mark the unveiling of a statue they commissioned of their mother, Diana, Princess of Wales, in the Sunken Garden at Kensington Palace, in London, on Thursday 1st July.

In addition to close family of Princess Diana, members of the statue committee, the sculptor Ian Rank-Broadley, and garden designer, Pip Morrison, will also be present.

Messi vs. Ronaldo: the rivalry and quotes about the stars

ROME - Cristiano Ronaldo continues to break footballing records. In Portugal’s opening Euro 2020 group F clash against Hungary, the forward netted twice in the 3-0 win and has become the all-time leading scorer in European Championship history. He is also the first player to appear and score in five tournaments.

The Juventus star now has 11 Euro tournament goals to his name - and 106 goals in 176 games for his country, who are the reigning European champions. He is just three goals away from going level with Iran legend Ali Daei as the all-time leading goalscorer in international men’s football.

Speaking after the victory against Hungary, the 36-year-old said: “The important thing was to win. It was a difficult game, against an opponent who defended very well, but we scored three goals and I am very grateful to the team for helping me to score two goals and be the star of the match.”

Portugal are in the Euro 2020 “group of death” and their next match is against Germany on Saturday 19 June. They finish their group F fixtures against France on Wednesday 23 June.

Lionel Messi, Ronaldo’s great rival, is also on international duty with Argentina at the 2021 Copa America.

The 33-year-old scored a wonderful free-kick as Argentina drew 1-1 with Chile in their opening match. Messi now has 72 international goals.

Argentina’s next Copa fixture is against Uruguay on Saturday 19 June.
International careers (friendly and competitive matches)

What people say about Messi

Cristiano Ronaldo: “I really admire the career he has had so far, and, for his part, he has already said that he had trouble when I left the Spanish league because it is a rivalry that he appreciates. It is a good rivalry that exists in football, but this is no exception. Michael Jordan had rivals in basketball, Ayrton Senna and Alain Prost were great rivals in Formula One, the only common point between all the big rivalries in the sport is that they are healthy.”

Pep Guardiola: “He is the best player I have ever seen. The best thing about him is not what he does but how simple he makes everything look.He is not just the best player because he can dribble past three or four players, it is because he does it better than anyone in the world.”

Neymar: “I played with Messi, who is, for me, one of the greatest footballers of all time, and he is my idol in football.”

Diego Maradona: “I have seen the player who will inherit my place in Argentine football and his name is Messi. Messi is a genius.”

What people say about Ronaldo

Lionel Messi: “(Ronaldo) is always there scoring goals in all the games and taking part in his club and national side. He has been doing that for many years and whether he is at his peak or a bit below it makes no difference.”

Brazil legend Pele, after Ronaldo reached 770 official goals: “Life is a solo flight. Each makes his own journey. And what a beautiful journey you are having. I admire you a lot, I love watching you play and this is no secret to anyone. Congratulations on breaking my record of goals in official matches. My only regret is not being able to give you a hug today.”

George Best: “There have been a few players described as the new George Best over the years, but this is the first time it’s been a compliment to me.”

Zinedine Zidane: “When you play with Ronaldo on your team, you are already 1-0 up.”

Gerard Pique: “The best player I have ever played against has to be Ronaldo. You cannot afford to take your eyes off him.” 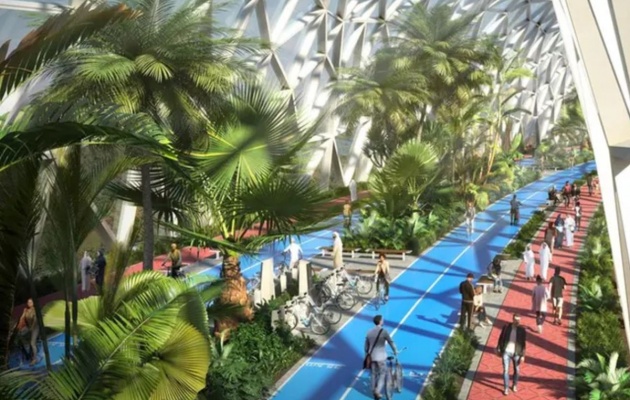 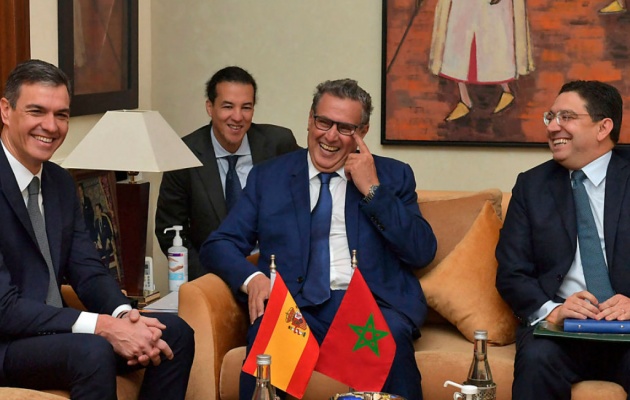 The UK as an international financial cen … 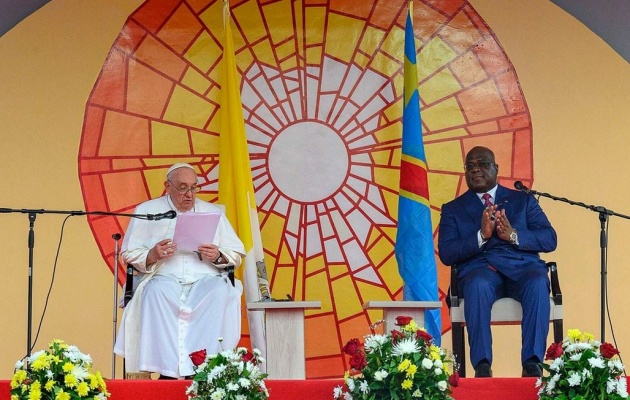 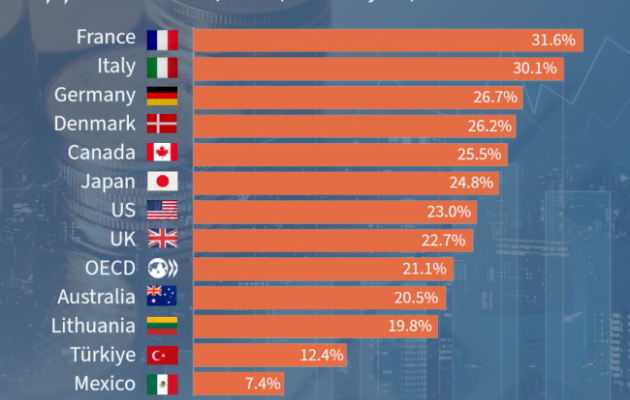 How the Ukraine war exposed cracks in We … 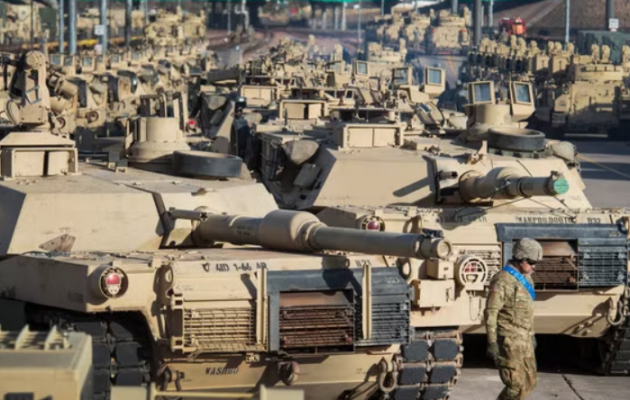 Why South Africa continues to be neutral … 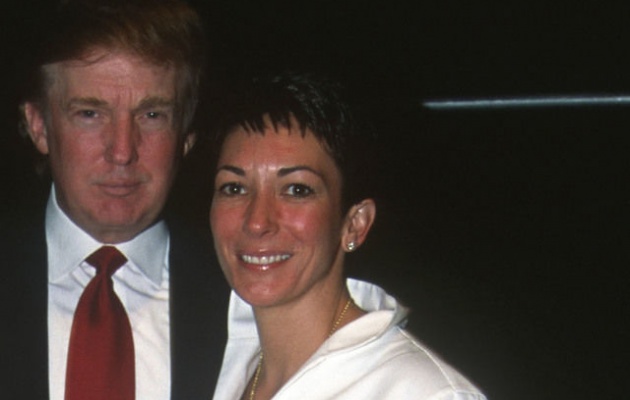 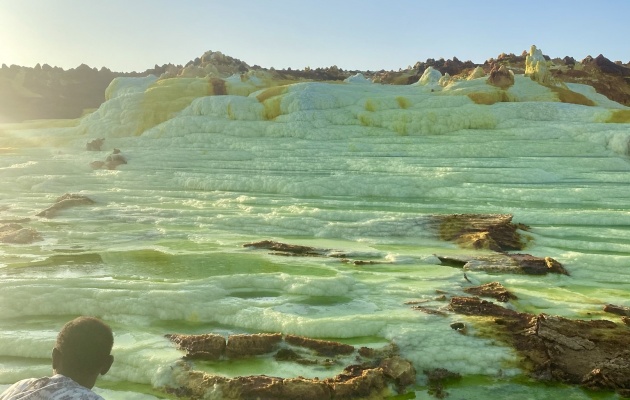 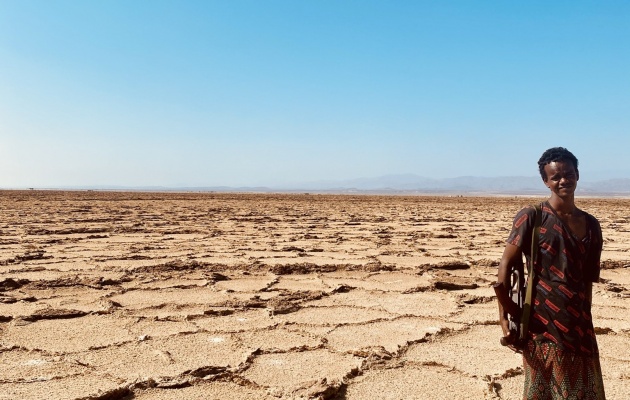 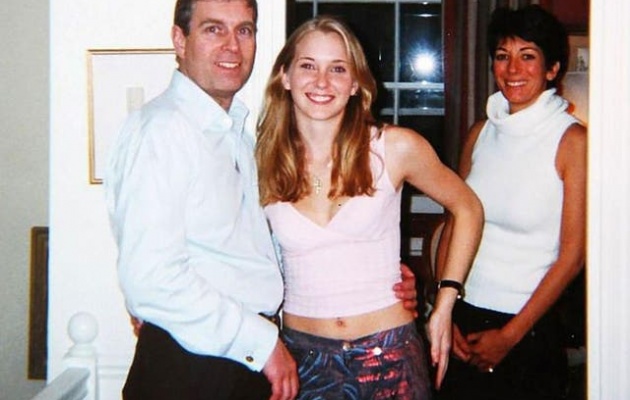 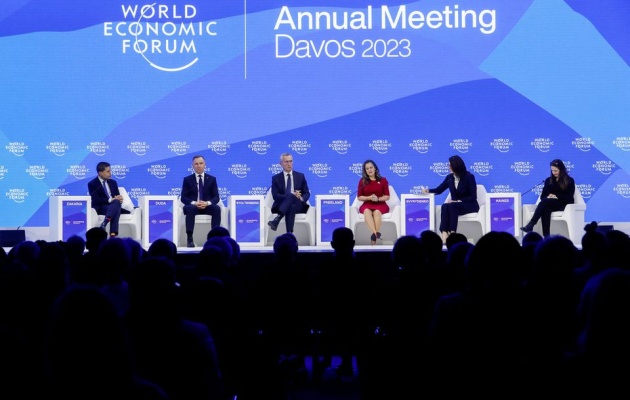 Nearly half of Americans think Harry,Meg … 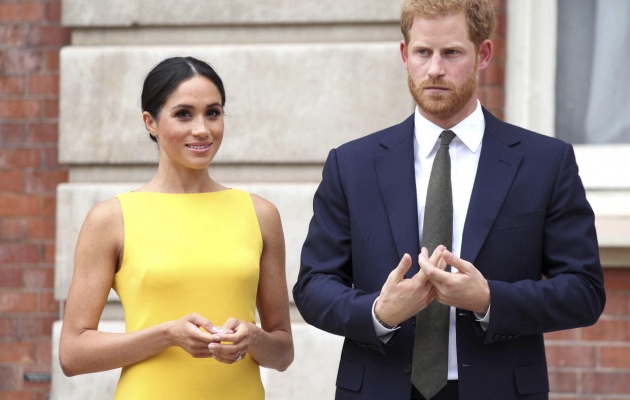 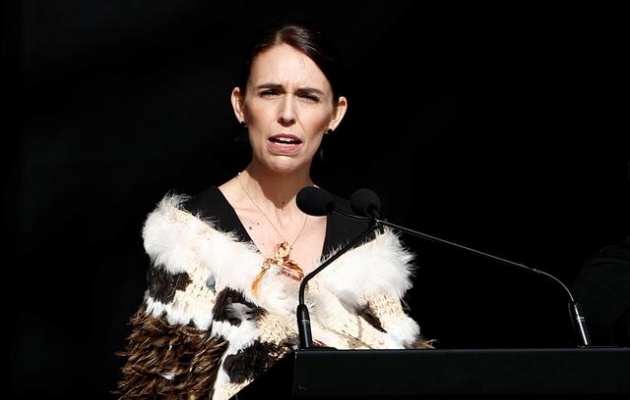 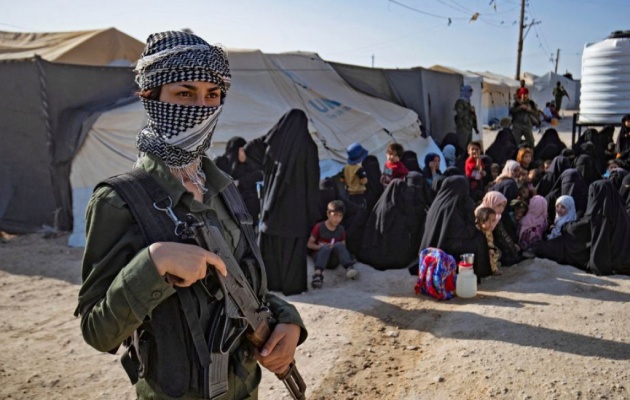 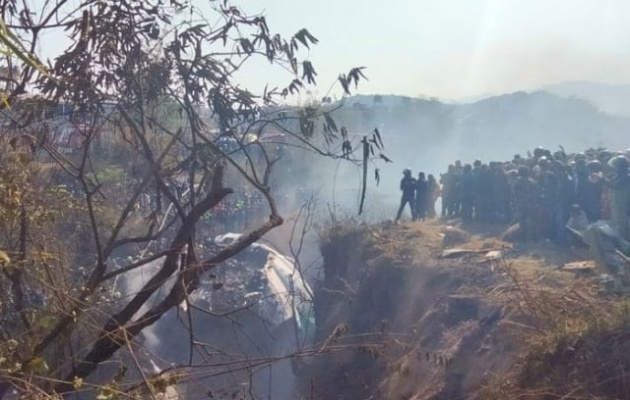 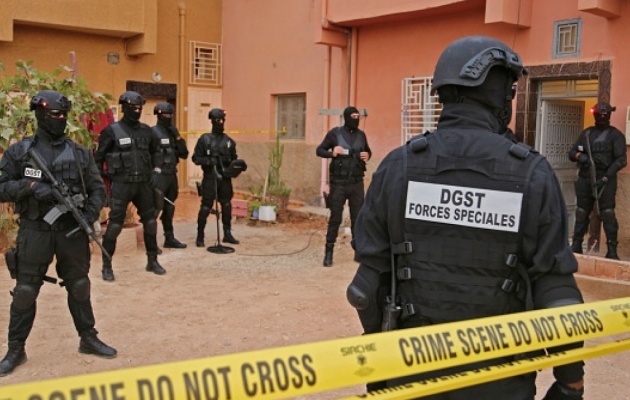 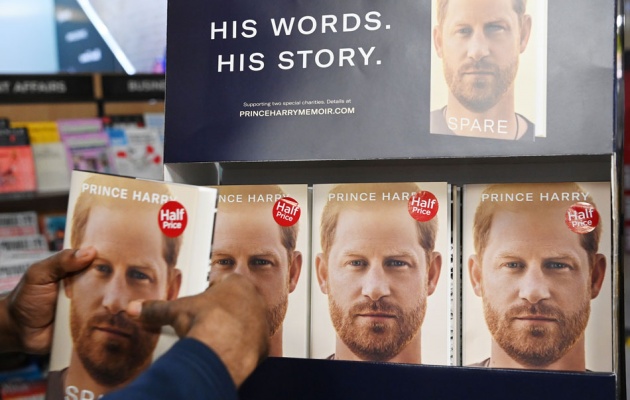 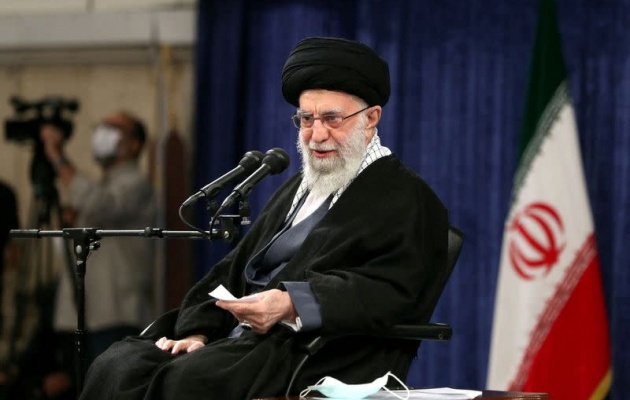 What are the 10 biggest talking points f … 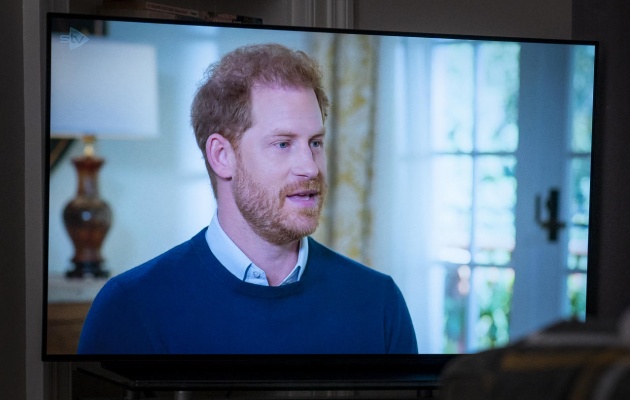 Kurds from around Europe demonstrate ove … 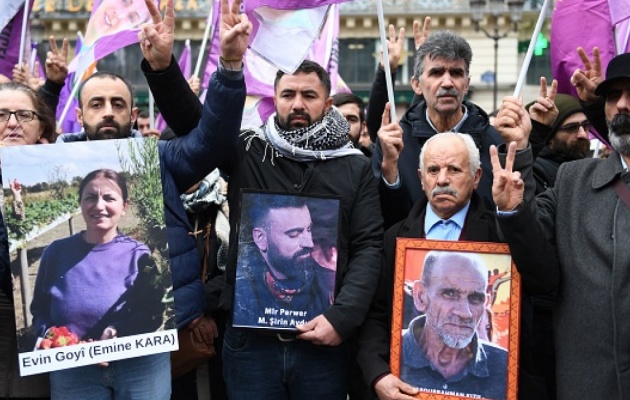 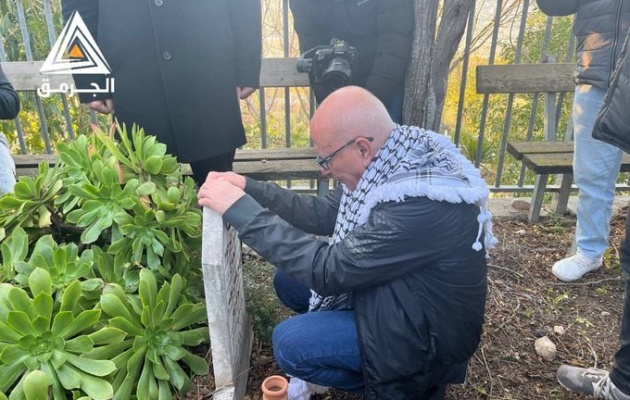 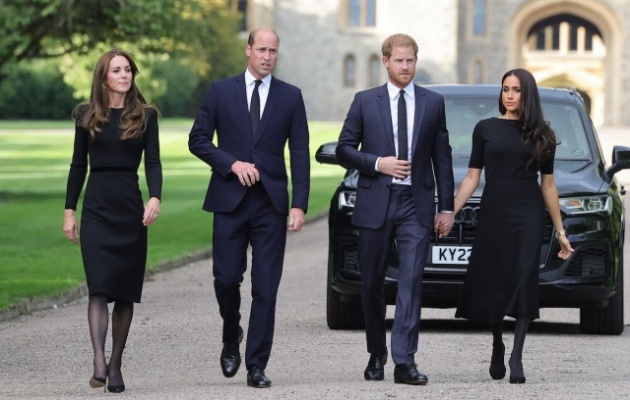 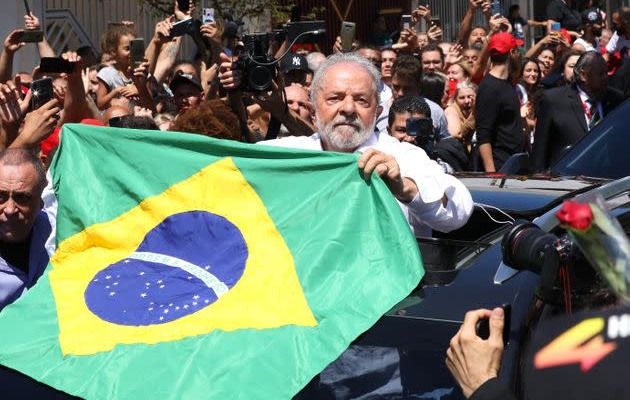 Ten events that shaped MENA in 2022 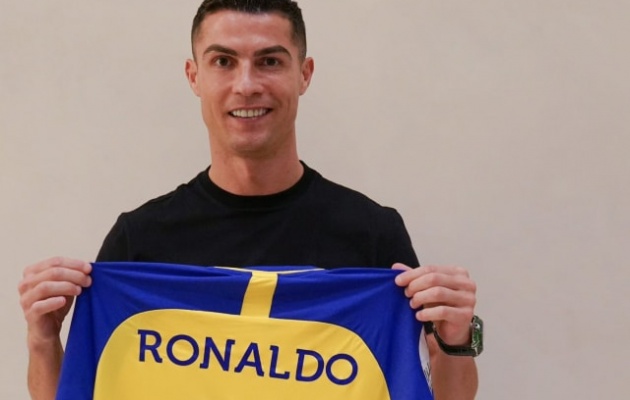 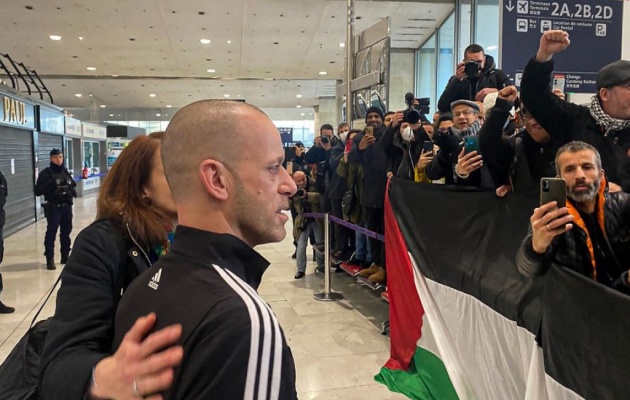 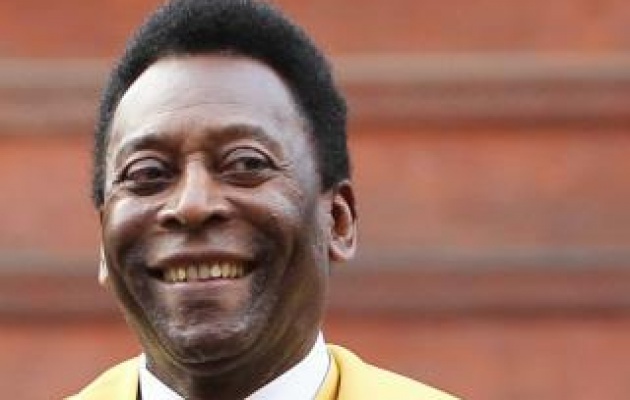 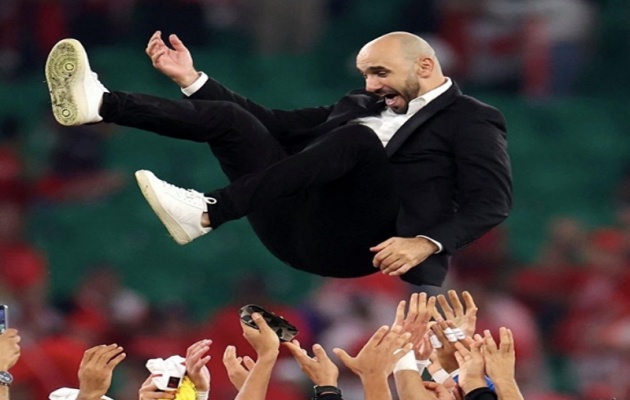 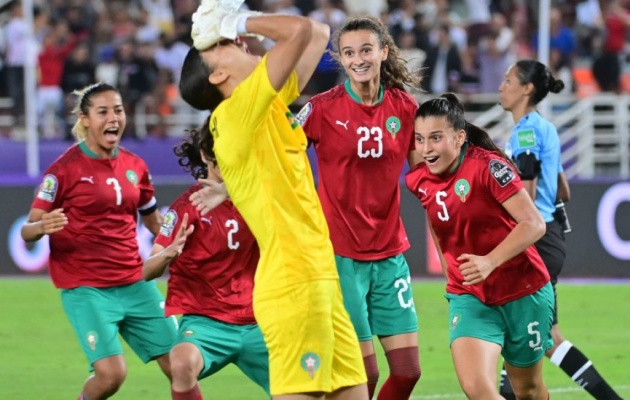 Deepening a Culture of Military Professi … 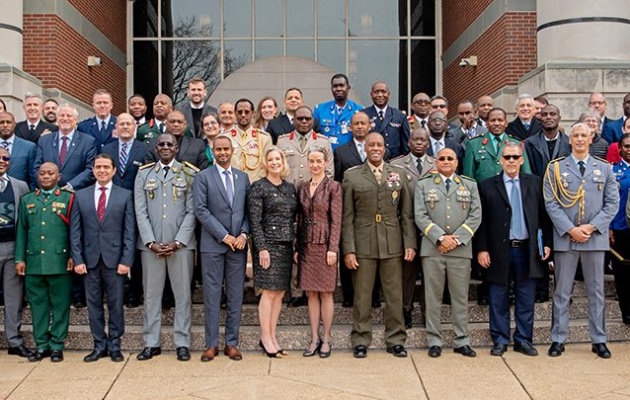 French official to take on Islamophobia in EU

Crackdown on criminal network that robbed ATMs in Germany

Repression and fear: Life as a hijabi Muslim in Modi's India

Top ten billionaires: who is world’s richest person in 2023?

Australia to honour Aboriginal peoples instead of UK monarchy

New Zealand’s PM Ardern, an icon to many, to step down

Israeli silent drones use free-falling bombs up to a tonne