The Telegraph said that Charlton's wife, Lady Norma, was happy for the 83-year-old United and England great's condition to be reported.

The newspaper said Lady Norma had given the breaking of the news her "blessing", with the announcement coming two days after his club and country team-mate Nobby Stiles died after his own battle with the illness.

Newcastle boss Bruce, who spent almost a decade as a player at Old Trafford, described both Stiles and Charlton as "greats".

Bruce said: "I've had the privilege to have been in their company many, many times. The two of them are greats.

"The way they are as football players is one thing, but their humility, what they stood for, the way they were as individuals, Nobby and Sir Bobby were quite exemplary.

"All the advice they gave, you'd accept. In the 10 years nearly I was there at Manchester United, he came round, Sir Bobby did, every day and shook you by the hand.

"He came into the dressing room and that presence of, 'Wow! There's Sir Bobby Charlton, what a player he was'.

"I wish him well, and my thoughts also go to Nobby Stiles' family. We were all saddened by that news as well."

"Of course it's sad news for everyone surrounding Man United and (who) are fans of Nobby," Solskjaer said after United's home defeat to Arsenal on Sunday.

"I had the pleasure of meeting him and what a humble man. It's sad and of course we as a club want to support Sir Bobby as well."

He wrote on Instagram: "I filmed alongside this man as a child and was in awe. I still am when I see you. This man, from day 1, was everything I wanted to be. Kind, professional, caring, talented.

"Sir Bobby, you are my hero and I am devastated that you are having to go through this. Stay strong, we love you".

In July, Charlton's brother Jack also died, himself having previously being diagnosed with dementia.

Sir Bobby Charlton is regarded as one of England's best ever, if not the best, footballers.

A 1966 World Cup winner, he held England's goalscoring record of 49 for close to 50 years until it was broken by Wayne Rooney. The same man would take his Manchester United scoring record when he passed the 249 goals he scored for his beloved Red Devils.

Gary Lineker, himself a scorer of 48 England goals, posted on Twitter: "Yet another hero of our 1966 World Cup winning team has been diagnosed with dementia. Perhaps the greatest of them all, @SirBobby. This is both very sad and deeply concerning."

Charlton's 249 Manchester United goals came across 758 games for the club, with his England total coming in 106 appearances and nearly all were from midfield.

A survivor of the Munich Air Disaster in 1958, he helped the rebuilding of the club in the wake of the tragedy and scored two goals as they beat Benfica to win the European Cup in 1968.

A statement from the club read: "Everyone at Manchester United is saddened that this terrible disease has afflicted Sir Bobby Charlton and we continue to offer our love and support to Sir Bobby and his family."

BRASILIA - A Covid vaccine developed by China’s Sinovac has been found to be 50.4% effective in Brazilian clinical trials, showing the jab is significantly less effective than previous data suggested.

Indonesia, Turkey and Singapore are among the countries to have placed orders for the vaccine.

It works by using dead viral particles to expose the body's immune system to the virus without risking a serious disease response.

Far-right terrorism growing in the West

SYDNEY, AUSTRALIA - Global deaths from terrorism have fallen for a fifth consecutive year, according to the 2020 Global Terrorism Index, but in the past decade a new threat has been emerging, with far-right attacks increasing significantly in many regions.

The report, which was compiled by the Institute for Economics and Peace (IEP) and released on Wednesday, summarises global trends in terrorism and ranks countries in order of those most affected in terms of both casualties and economic costs in 2019.

Steve Killelea, executive chairman of IEP, said the latest report revealed some surprising but positive news, including a 15 per cent drop in terrorism globally last year and a 59 per cent decrease since 2014.

This was partly due to the collapse of Islamic State territories and the subsequent de-escalation of conflict in the Middle East.

"More countries have improved this year than [in any other year] since the inception of the index — 103 countries improved compared to only 35 which deteriorated," Mr Killelea told the ABC.

"But still, we understand about 13,800 people died in terrorist attacks in 2019 so, although it seems to be declining at the moment, it's still a serious issue."

Australia ranked 74 out of 163 nations listed in order of those most affected by terrorism.

Mr Killelea said only two terrorist attacks were recorded in Australia in 2019, including an attack on a dairy farm by animal liberationists.

"Neither of those attacks resulted in any injury, so if you look at it from an Australian perspective, compared to globally, we're not in too bad a position."

Since the inception of the Global Terrorism Index (GTI) in 2012, the top 10 countries have always been developing nations and almost always nations suffering internal conflicts.

"Less than 1 per cent of all deaths through terrorism happen in advanced Western economies," Mr Killelea said.

Thomas Morgan, senior research fellow at IEP, said there was often a "misconception" that terrorism predominantly occurred in Western nations.

"There is a misconception based in the coverage levels in the media … but also because 96 per cent of terrorism occurred in the context of an ongoing conflict," he said.

He said because they happened in the context of war, they received less attention than attacks elsewhere.

Mr Morgan feared the economic fallout from the COVID-19 pandemic could have an impact on both the level and the types of terrorism that would happen in the coming years.

"There are serious concerns that the deteriorating economic conditions will lead to more people becoming alienated and susceptible to extremist propaganda."

Far-right attacks up by 250 per cent over five years

Of all Western nations, the United States ranked the highest at number 29, with 53 attacks and 39 deaths last year.

But those figures revealed a new trend developing in terrorism. Of those deaths, 34 were attributed to far-right extremists.

Mr Killelea said far-right groups including neo-Nazis, ultra-nationalists and white supremacists were responsible for a total of 89 deaths in 2019.

"Admittedly it's only low numbers, but we have a 250 per cent increase in attacks by the far-right in the last five years," he said.

But 51 of those deaths occurred in a single incident when a gunman opened fire in two mosques in Christchurch, New Zealand.

The report said over the past 50 years, there had been 13 far-right terrorist attacks that had each killed more than 10 people, compared to 24 Islamist attacks, and three linked to other ideologies.

But as attacks by Islamic State (IS) continue to decline, the balance is slowing shifting.

Mr Killelea said while the rise of the jihadist was a new phenomenon that peaked in 2014 and had since been declining, in the days of the Cold War "terrorism was related around left and right terrorism groups".

Mr Killelea said the main factors that had contributed to the decrease in terrorism were the territorial defeat of IS and the easing of conflicts within Syria and Iraq.

In fact, the Middle East region recorded its lowest number of deaths since 2003.

But IS is far from gone. The group and its affiliates still claimed responsibility for attacks in 27 countries last year.

"They are a long way from a spent force," Mr Killelea said, adding a shift in IS's "centre of gravity" into sub-Saharan Africa caused a spike in terrorism deaths in seven nations.

However, it was the Taliban that remained the world's deadliest terrorist group, according to the report.

Mr Killelea said because 96 per cent of all deaths from terrorism occur in war zones, "we need to reduce the number of conflicts around the globe" if we want to maintain this downwards trend.

Elsewhere, he said "reducing the influence" of terrorist organisations was the key.

"To break these influences, three major initiatives are needed — to break their media coverage and online social networks, disrupt their funding and lessen the number of sympathisers," he said.

"These three things play off each other, so any effective government policy would need to address all three."

- Deaths from terrorism fell for the fifth consecutive year in
2019 to 13,826 deaths, representing a 15 per cent decrease
from the prior year.

- The Middle East and North Africa (MENA), Russia and
Eurasia, South America and South Asia regions all recorded
falls in deaths from terrorism of at least 20 per cent.

- Although terrorism has fallen in most regions, it has
become more widespread in others. Seven of the ten
countries with the largest increase in terrorism were in subSaharan Africa.

- Burkina Faso had the largest increase in terrorism, where
deaths increased by 590 per cent to 593. This was followed
by Sri Lanka where terrorism deaths increased from one in
2018 to 266 in 2019.

- Afghanistan remains the country with the highest impact
from terrorism. However, terrorism deaths in the country
declined in 2019 for the first time in three years.

BRATISLAVA - A car that transforms into a flying vehicle has taken its maiden flight.

The dual mode transformation vehicle goes from driving to flying mode with a click of a button.

Aircar transits from ground to sky with a takeoff of 300m, reaching speeds up to 125mph. 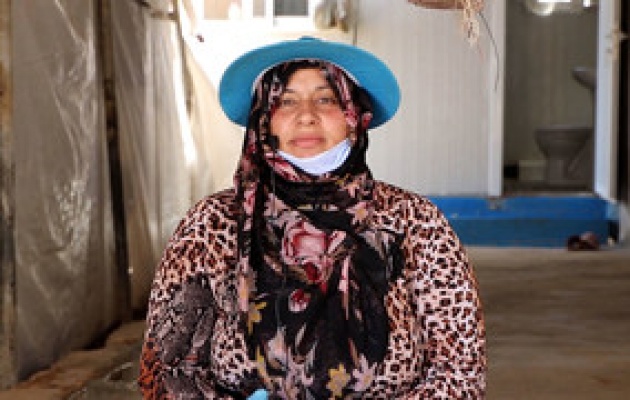 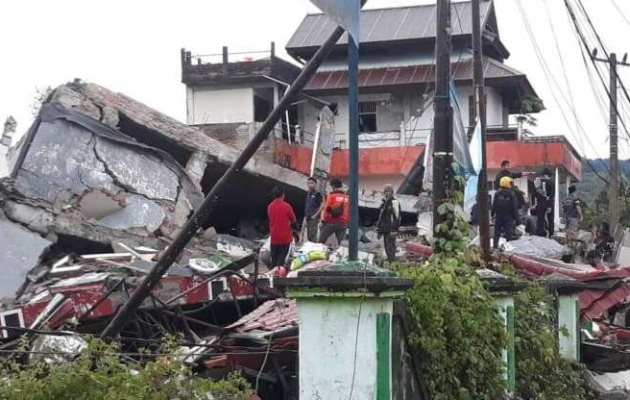 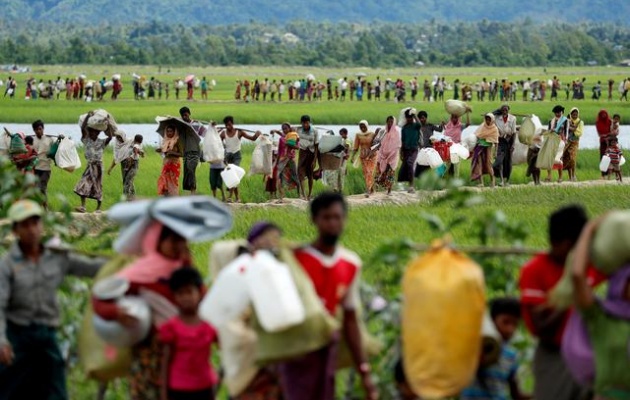 What happened to Kim’s sister? 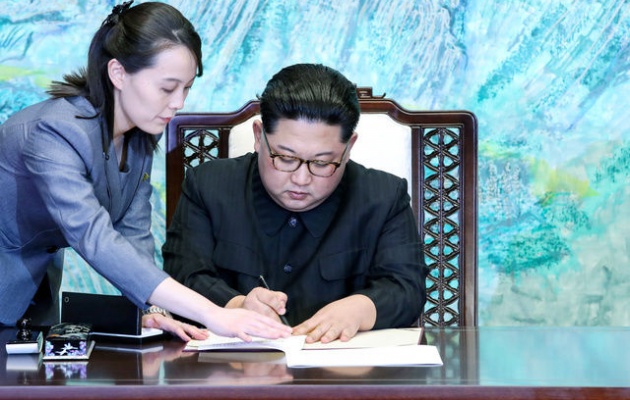 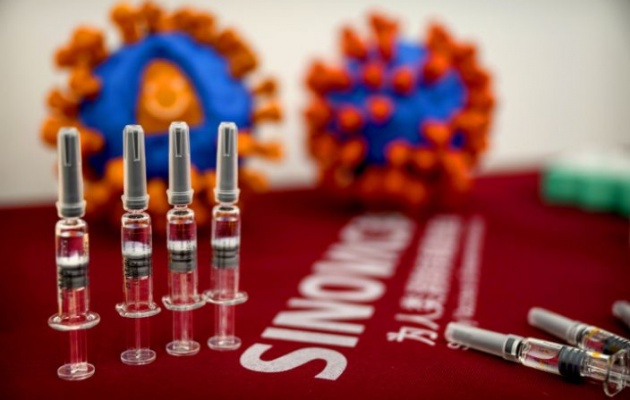 France to turn Champs-Élysées into 'ex … 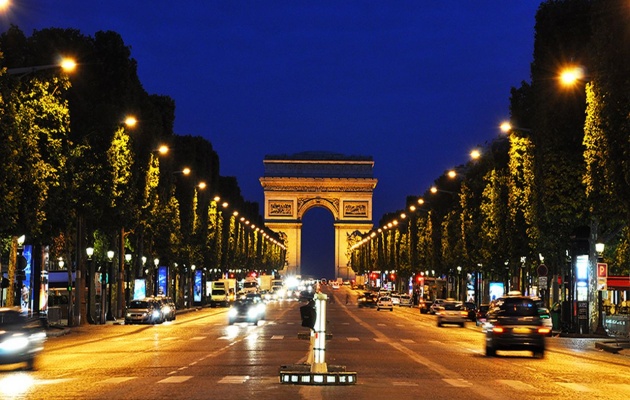 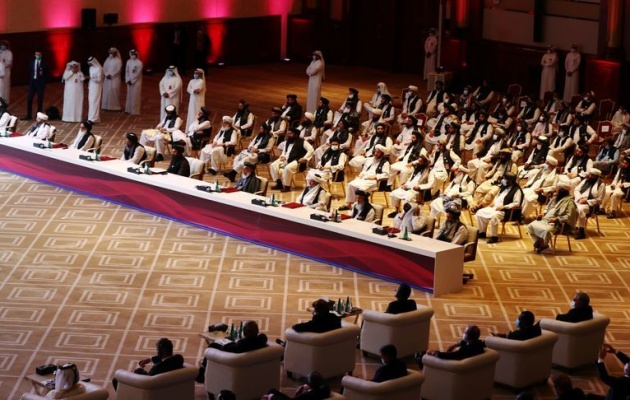 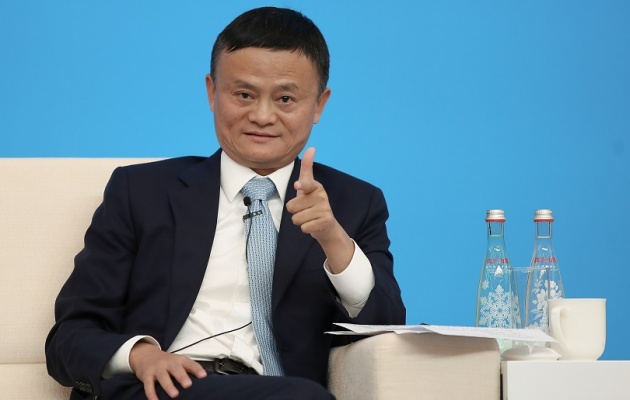 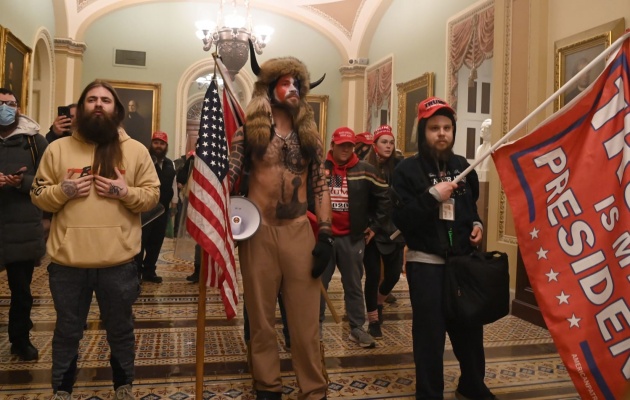 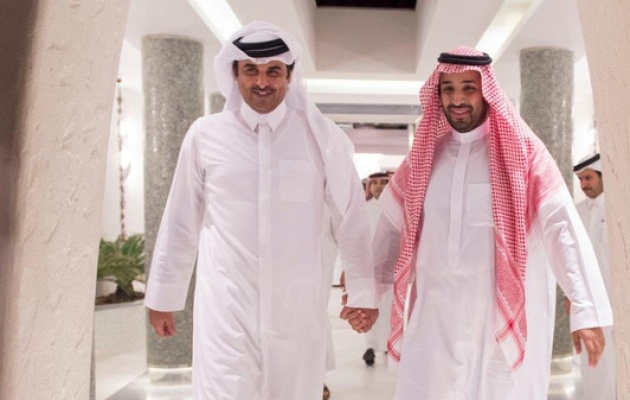 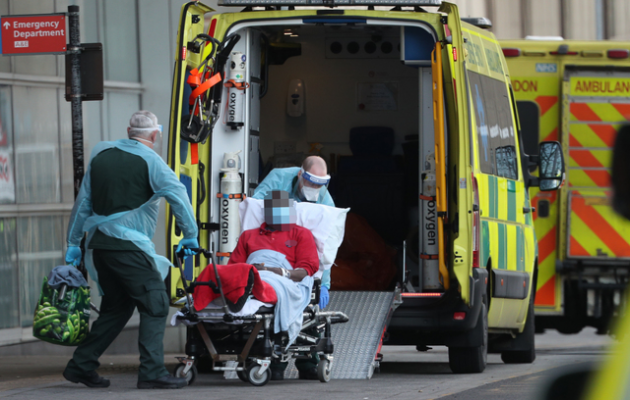 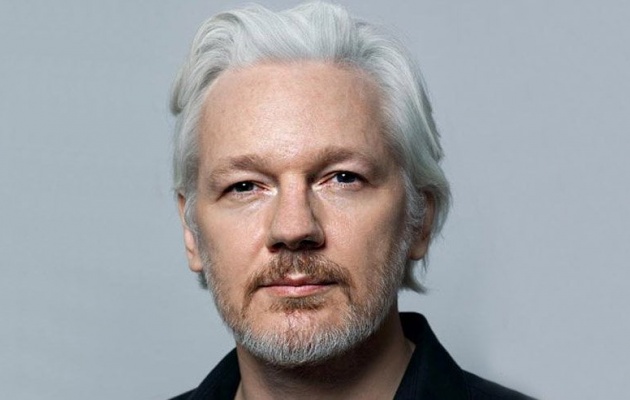 Bias, racism and lies: facing up to the … 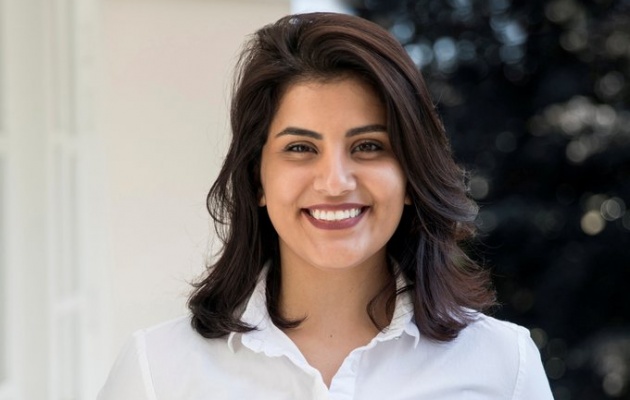 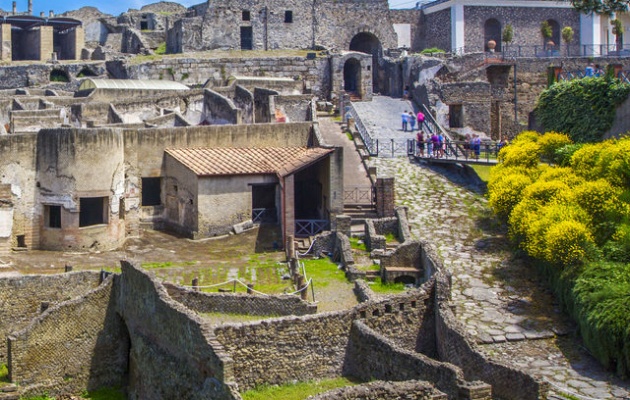 World could lose coral reefs by end of c … 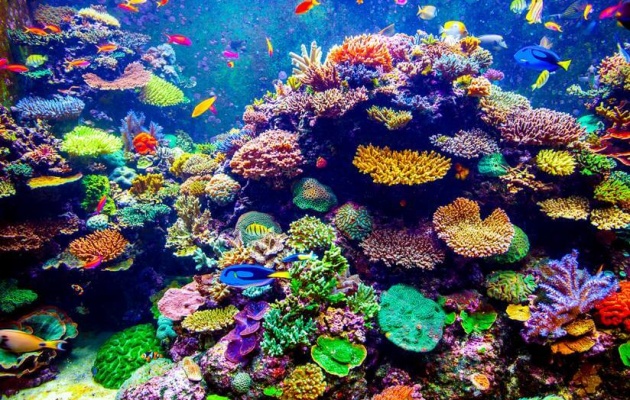 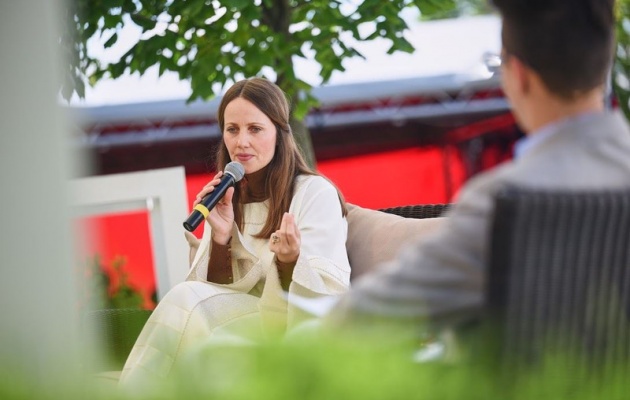 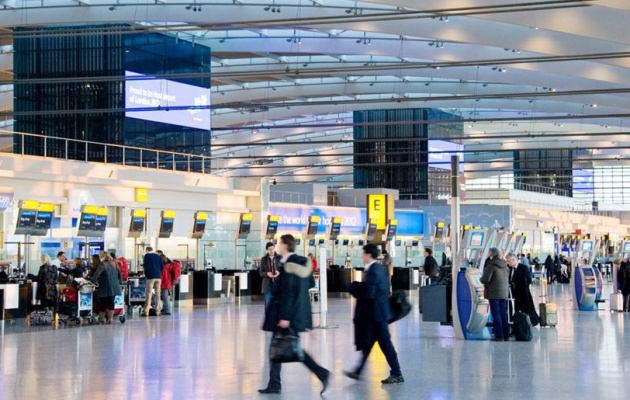 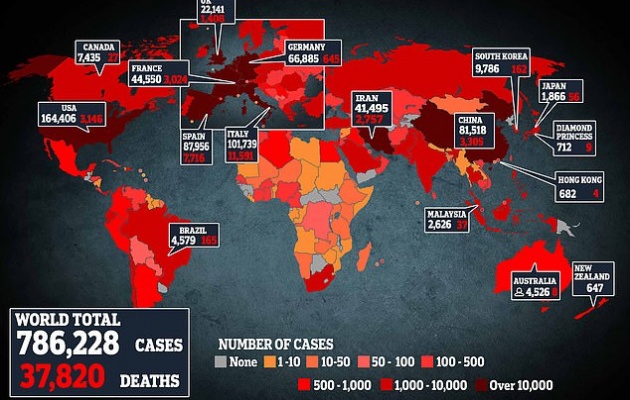 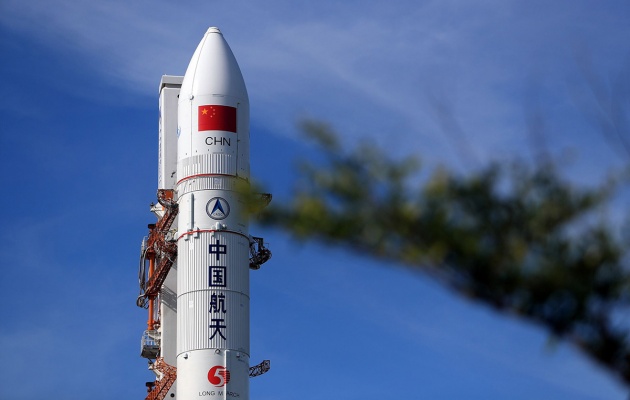 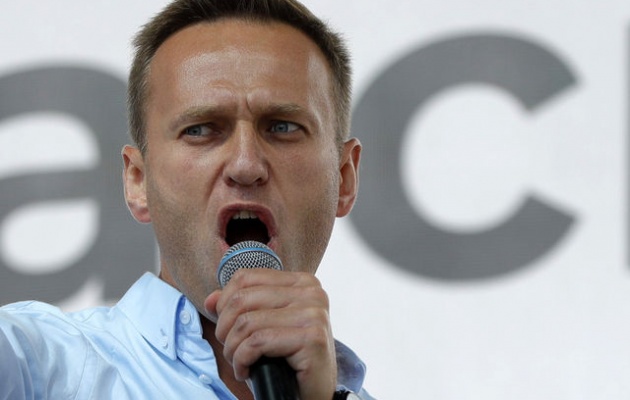 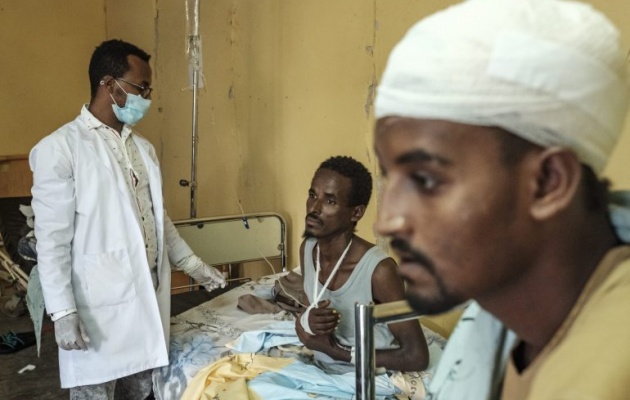 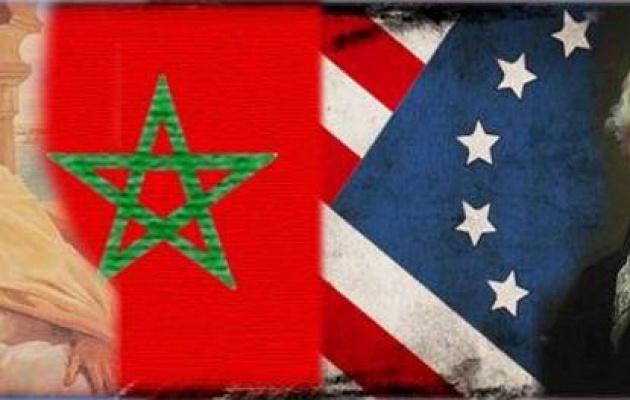 Afghan civilians killed by US increase b … 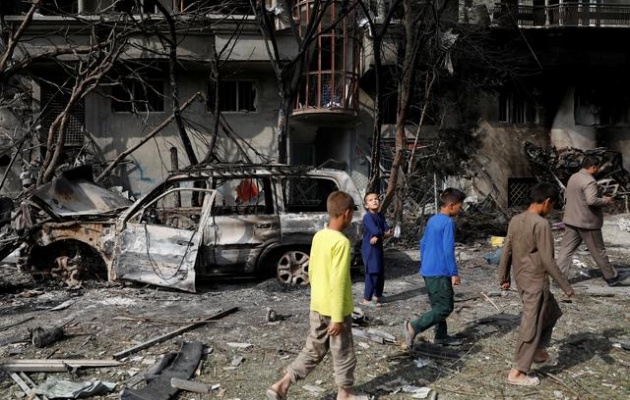 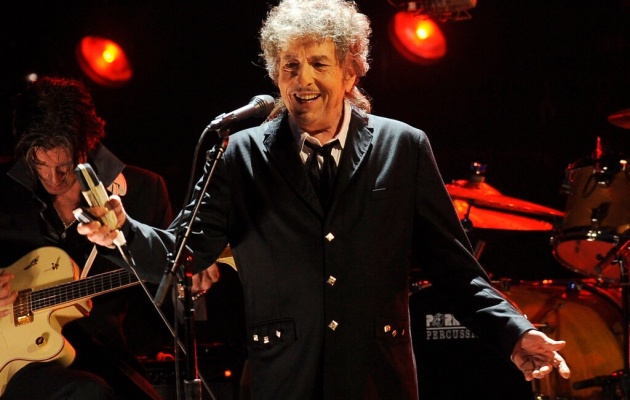 UK to host G7 Summit in Cornwall in June

As WHO begins COVID-19 probe, speculation and tensions abound

Peacekeepers under attack again in Mali

US: Heading towards 400,000 Coronavirus deaths

Powerful cyclone leaves trail of destruction in parts of Fiji

Australia to sign military deal with US ally Japan

Ministerial Conference in Support of the Autonomy Initiative Under Moroccan Sovereignty