KABUL - At least 920 people were killed and hundreds more injured after a 5.9-magnitude earthquake struck southeastern Afghanistan, an official said.

The quake struck early Wednesday about 28 miles southwest of the city of Khost, a provincial capital, the United States Geological Survey said.

Earthquake in Afghanistan Kills at Least 920 People, Official Says.
The 5.9-magnitude quake struck about 28 miles southwest of the city of Khost, in the country’s southeast.

The quake struck early Wednesday about 28 miles southwest of the city of Khost, a provincial capital in the country’s southeast, the United States Geological Survey said, and it had a depth of about six miles.

The death toll of 920 was reported by Sharafuddin Muslim, the deputy minister of disaster management, at a news briefing in Kabul.

The Bakhtar news agency posted video footage on Twitter of a helicopter landing in what it said was a quake-hit area. It said that ambulances were transporting the injured to hospitals.

Dr. Ramiz Alakbarov, a deputy special representative for Afghanistan for the United Nations, wrote on Twitter that the organization was assessing the needs and responding in the aftermath of the earthquake. Dr. Tedros Adhanom Ghebreyesus, director general of the World Health Organization, said on Twitter that the agency would “continue supporting people in need across the country.”

The quake struck about 300 miles north-northeast of the site of a deadly 6.4 magnitude earthquake in Pakistan in 2008, the U.S.G.S. said.

The earthquake was felt in Kabul, the Afghan capital, and across the northern part of neighbouring Pakistan, according to a map that the European Mediterranean Seismological Centre posted on its website. The U.S.G.S. said that a second quake, of 4.5 magnitude, struck about 30 miles southwest of Khost about an hour later.

Prime Minister Shebaz Sharif of Pakistan said he was “deeply grieved” to learn about the earthquake. In a statement, Pakistan’s Foreign Ministry said that it was working to provide help to Afghanistan. “The people of Pakistan stand in strong solidarity with their Afghan brethren in this difficult time,” the statement said.

For civilians in Afghanistan, earthquakes are yet another risk in a country traumatized by decades of war. Many of the country’s densely populated towns and cities sit on or near several geological faults, some of which can produce earthquakes of up to 7 in magnitude.

The earthquake on Wednesday, according to the U.S.G.S. appeared to originate from movement between the India and Eurasia tectonic plates.

The agency said in a 2022 report that more than 7,000 people had died in the past decade because of earthquakes, an average of 560 people a year. In one area between Kabul and Jalalabad, it estimated that an earthquake of 7.6 would affect seven million people.

In January, two earthquakes struck a remote, mountainous area of western Afghanistan, killing at least 27 people and destroying hundreds of homes, officials said at the time. Another earthquake in 2015 killed more than 300 people in northern Afghanistan and Pakistan and destroyed thousands of homes.

BANGKOK — The world’s largest recorded freshwater fish, a giant stingray, has been caught in the Mekong River in Cambodia, according to scientists from the Southeast Asian nation and the United States.

The stingray, captured on June 13, measured almost 4 meters (13 feet) from snout to tail and weighed slightly under 300 kilograms (660 pounds), according to a statement Monday by Wonders of the Mekong, a joint Cambodian-U.S. research project.

The previous record for a freshwater fish was a 293-kilogram (646-pound) Mekong giant catfish, discovered in Thailand in 2005, the group said.

The stingray was snagged by a local fisherman south of Stung Treng in northeastern Cambodia. The fisherman alerted a nearby team of scientists from the Wonders of the Mekong project, which has publicized its conservation work in communities along the river.

The scientists arrived within hours of getting a post-midnight call with the news, and were amazed at what they saw.

“Yeah, when you see a fish this size, especially in freshwater, it is hard to comprehend, so I think all of our team was stunned,” Wonders of the Mekong leader Zeb Hogan said in an online interview from the University of Nevada in Reno. The university is partnering with the Cambodian Fisheries Administration and USAID, the U.S. government’s international development agency.

Freshwater fish are defined as those that spend their entire lives in freshwater, as opposed to giant marine species such as bluefin tuna and marlin, or fish that migrate between fresh and saltwater like the huge beluga sturgeon.

The stingray’s catch was not just about setting a new record, he said.

“The fact that the fish can still get this big is a hopeful sign for the Mekong River, ” Hogan said, noting that the waterway faces many environmental challenges.

The Mekong River runs through China, Myanmar, Laos, Thailand, Cambodia and Vietnam. It is home to several species of giant freshwater fish but environmental pressures are rising. In particular, scientists fear a major program of dam building in recent years may be seriously disrupting spawning grounds.

Big fish globally are endangered. They’re high-value species. They take a long time to mature. So if they’re fished before they mature, they don’t have a chance to reproduce,” Hogan said. “A lot of these big fish are migratory, so they need large areas to survive. They’re impacted by things like habitat fragmentation from dams, obviously impacted by overfishing. So about 70% of giant freshwater fish globally are threatened with extinction, and all of the Mekong species.”

The team that rushed to the site inserted a tagging device near the tail of the mighty fish before releasing it. The device will send tracking information for the next year, providing unprecedented data on giant stingray behavior in Cambodia.

Researchers say it’s the fourth giant stingray reported in the same area in the past two months, all of them females. They think this may be a spawning hotspot for the species.

Local residents nicknamed the stingray “Boramy,” or “full moon,” because of its round shape and because the moon was on the horizon when it was freed on June 14. In addition to the honor of having caught the record-breaker, the lucky fisherman was compensated at market rate, meaning he received a payment of around $600.

BEIJING - Satellite images show that the Chinese government is destroying the Grand Bazaar, the largest international trade market in Kashgar, a famous oasis city in the northwestern province of Xinjiang. According to Radio Free Asia (RFA), located in a city over 2000 years old and is the most important stop on the historic Silk Road, Grand Bazaar has 4,000 shops selling more than 9,000 products on 250-acres of land.

RFA cited one local official saying that the local government removed the symbol of Kashgar to build a new tourist attraction.

However, Uyghur activists and foreign scholars view that the destruction of the Grand Bazaar is really to serve the Chinese authorities’ ongoing plan to erase traditions and customs in the Xinjiang region.

BEIJING - China on Tuesday launched mass coronavirus testing for nearly all its 21 million residents, as fears grew that the Chinese capital may be placed under a strict lockdown like Shanghai.

Under its zero-Covid policy, China has used lockdowns, mass testing and travel restrictions to stamp out infections.

Its biggest city, Shanghai, has been almost entirely locked down for weeks, and the mass testing order in Beijing has sparked worries the capital will be placed under similar restrictions.

"Shanghai's situation has gone beyond everyone's imagination, and many people think it's absurd that a modern metropolis... has handled the situation like that," said Beijing resident Ms Zhao as she did her regular shopping at a supermarket.

"I believe our situation will not be as bad... but to be honest, we also bought some rice, noodles, grains and oil. We've made preparations for at least one to two weeks," the 35-year-old human resources professional told AFP.

Beijing has ordered residents of the 12 central districts home to most of its population to undergo three rounds of testing after dozens of infections were found in recent days.

The capital's most populous district, Chaoyang, was the first to order mass testing from Monday, with people waiting in long lines to be swabbed by health workers in protective gear.

The testing order for Chaoyang sparked panic buying on Sunday night, with residents lining up at supermarkets with full carts as state media tried to reassure the public there were plentiful supplies.

Beijing residents told AFP they feared a repeat of the sudden lockdown in Shanghai, where people have struggled to obtain food and medical care for non-Covid conditions.

Some residential compounds have been sealed off in Chaoyang, much like parts of Shanghai.

One resident of the district, who declined to be identified for fear of reprisal, told AFP he felt "a little anxious" after fences were suddenly put up in his neighbourhood.

Residents in his building were ordered Monday night to stay home for at least 14 days after one neighbour tested positive.

"I'm worried that if we need medicine or other items in the future, we won't be able to get them delivered," he said.

Meanwhile, Beijing suspended large gatherings such as wedding banquets, closed theatres, and ordered a halt in home renovations as well as some construction projects.

Multiple residents took to social media to lament the last-minute postponement of their weddings.

"I'll develop psychological problems if this goes on," wrote a woman who said she would have to delay her wedding, planned for the upcoming May national holiday -- a popular time for couples tying the knot.

The capital reported 33 new cases on Tuesday, a fraction of Shanghai's daily tally of 16,000.

But Beijing officials are anxious to avoid a spiralling outbreak.

They have urged companies to allow employees to work from home and suspended local group tourism ahead of the May national holiday.

Authorities have urged residents not to leave Beijing unless necessary and ordered the cancellation of sports events and exhibitions.

"I am surprised that the government did not impose restrictive policies in Beijing as harshly and quickly as in other cities that experienced similar outbreaks in recent weeks," he wrote.

Authorities are increasingly struggling with the impact of strict zero-Covid protocols on the economy, especially when outbreaks appear in the country's most important cities.

The city of Baotou in China's Inner Mongolia region -- a major supplier of rare earths -- said Monday that after the detection of two virus cases, all residents must stay home, with each household only sending one member out to buy necessities once a day.

Social media users and local news shared images of green metal fences put up across the financial hub to keep residents confined to their buildings.

One viral image appeared to show fences along deserted pavements of a once-bustling street where restaurant patrons used to dine al fresco.

The European Political Community: a Trus … 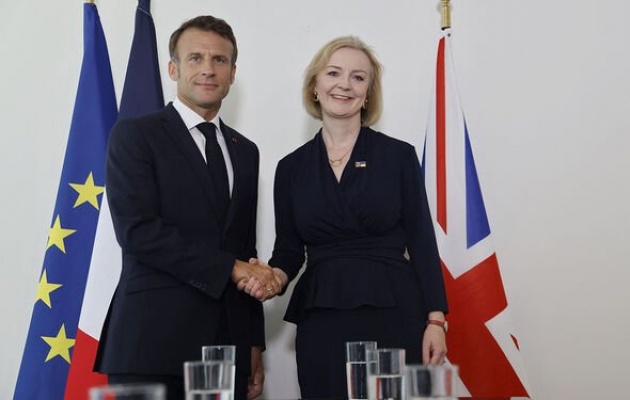 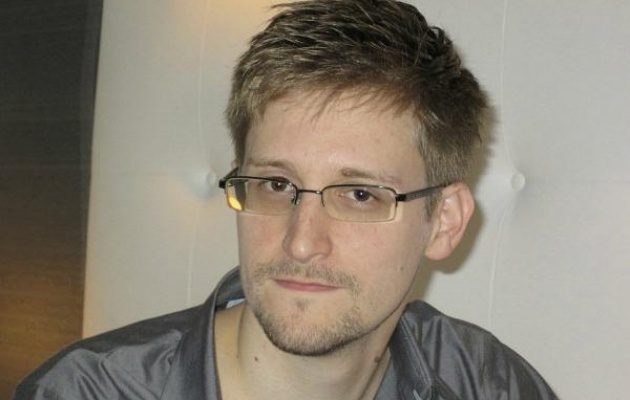 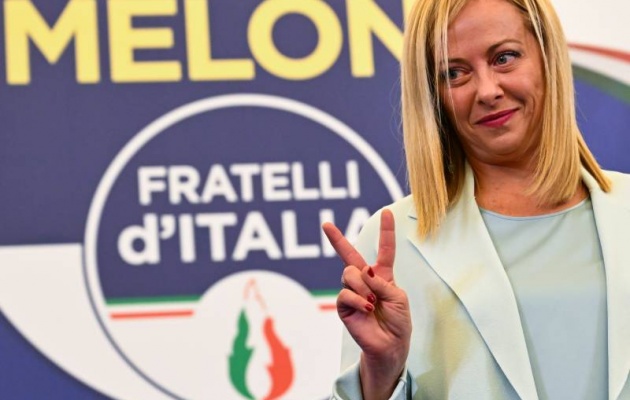 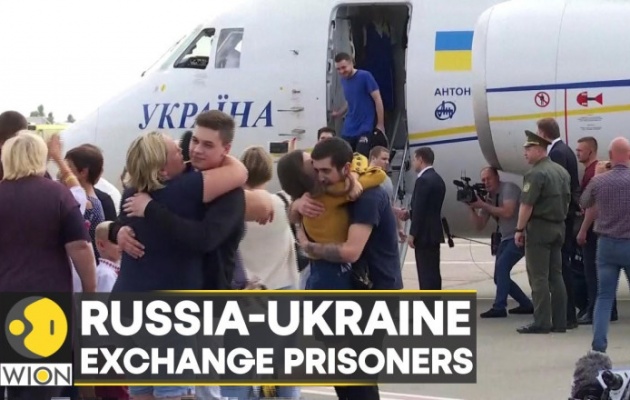 In world beset by turbulence, nations’ … 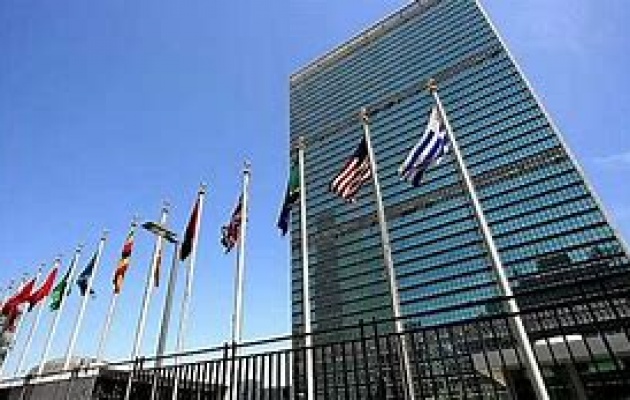 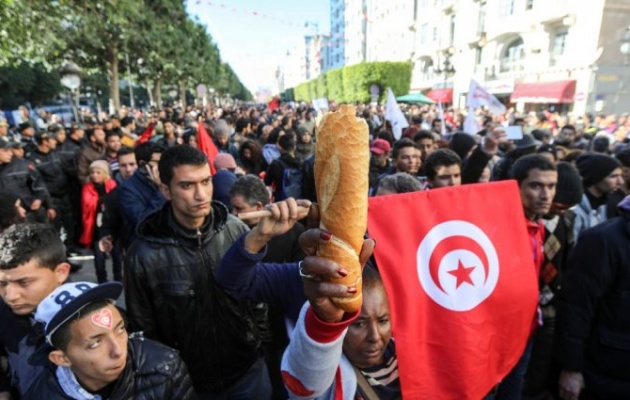 What happens next: Operation Unicorn and … 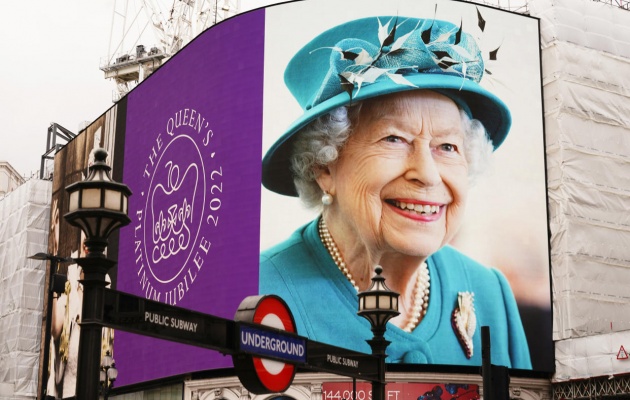 UK to learn who will succeed Johnson as … 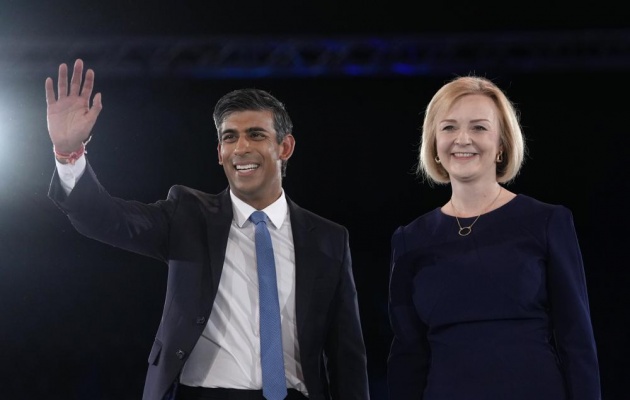 Thousands line up to say farewell to Gor … 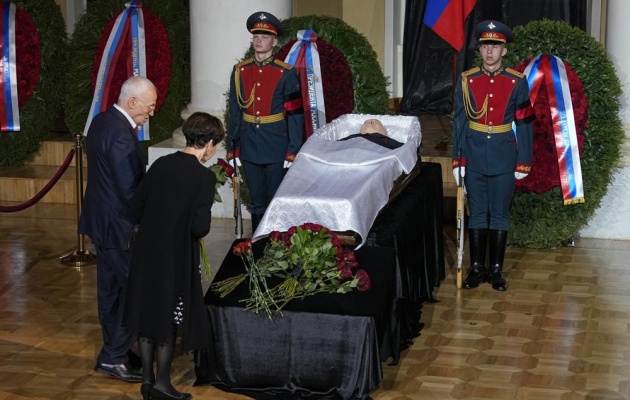 Extremist lawmaker surges ahead of elect … 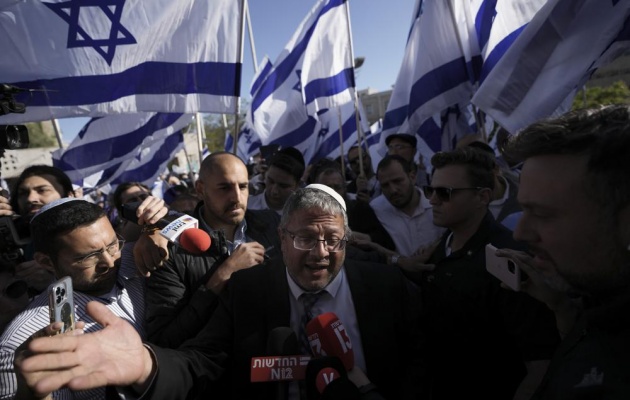 Statins do not commonly cause muscle pai … 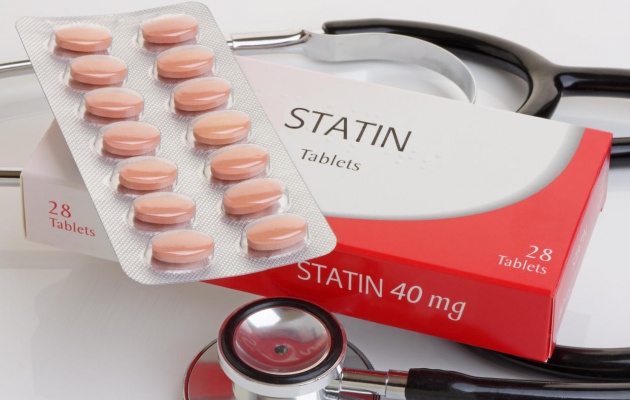 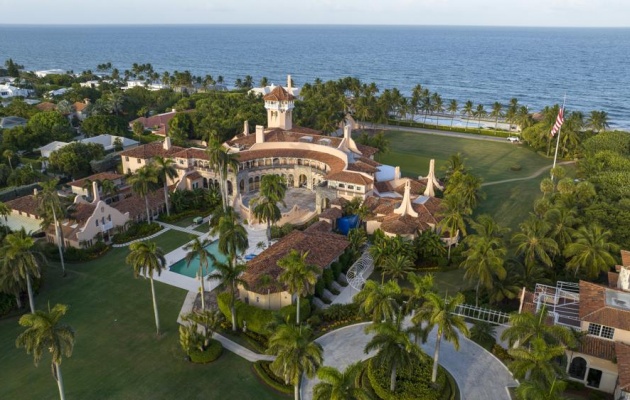 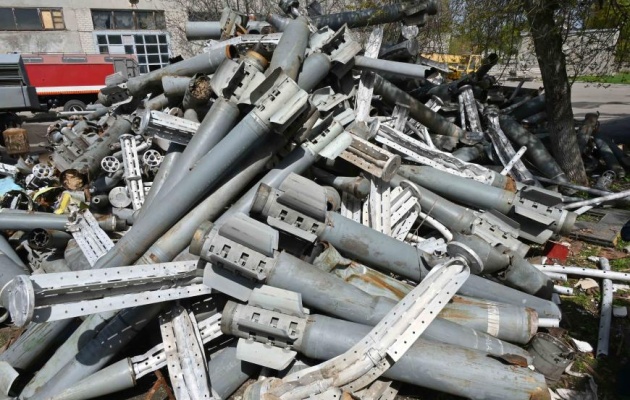 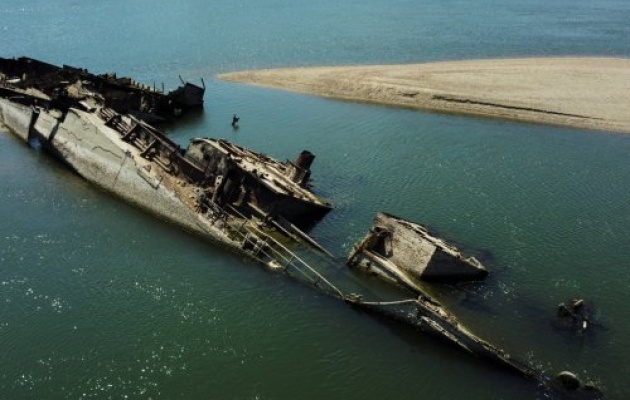 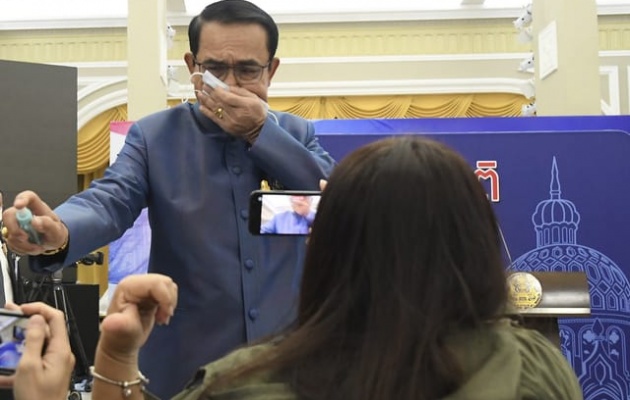 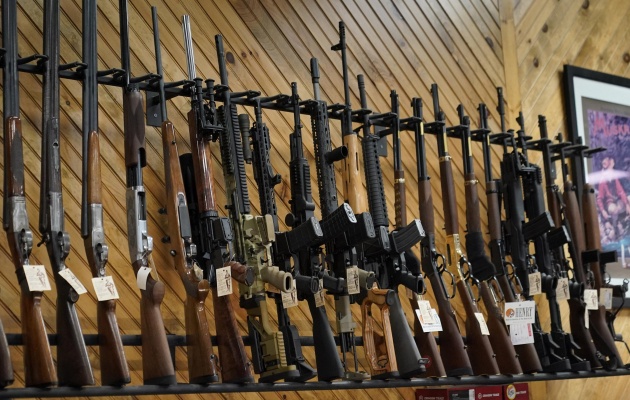 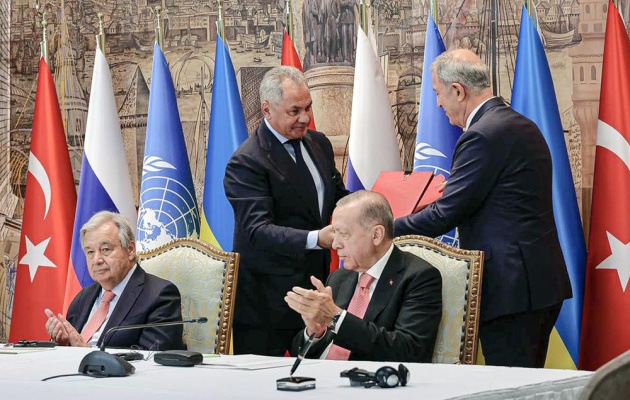 US aircraft carrier arrives in South Korea for joint drills

As Putin escalates Ukraine war, China stands awkwardly by him

Niger suspends oil product deliveries to Mali, except for UN

Big Tech and the US midterm elections

US B-21 bomber to be unveiled first week in December

Why has the Solomon Islands blocked foreign ships from its waters?

Why Iran's Mahsa Amini protests are a turning point